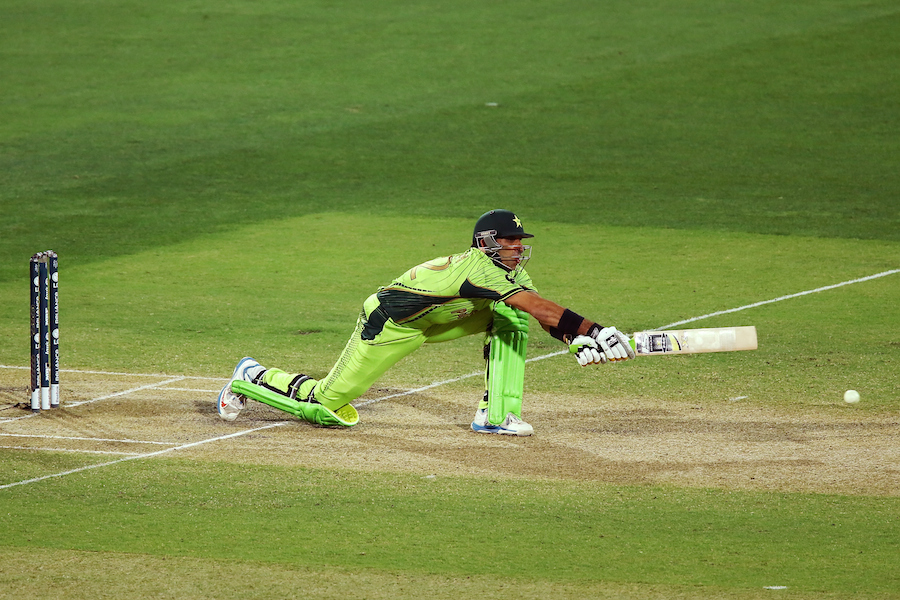 ADELAIDE (Reuters) - Pakistan captain Misbah-ul-Haq admitted being under tremendous pressure to qualify for the World Cup quarter-finals but felt the burden now shifts to their last-eight opponents and tournament co-hosts Australia. Beaten by arch-rivals India in their tournament opener, the 1992 champions stared at an early exit from the tournament before winning their final Pool B game against Ireland on Sunday to set up a quarter-final clash with Australia. "It's always difficult when you are playing against a team which is having no pressure. Ireland were playing without pressure. Everybody expected us to win," Misbah told a news conference after the seven-wicket win over Ireland. "All the pressure is on the test playing nations. This was a much bigger game for us in terms of pressure. "It will be less against Australia because they are the favourites, they are playing at their own ground. So we have nothing to lose." Pakistan lost their second pool match against West Indies as well before four successive wins revived their knockout stage campaign. Misbah acknowledged Australia, who lost only one of their six pool matches, would prove a difficult opposition but was confident of beating them. "Of course, why not? On any day, whichever team plays better, they will win. In one-day game, you never know. One good spell, one good innings can change the whole course of the game. We got those sort of players who can do it for Pakistan. Every team is beatable," he said. Reverse swing, a traditional Pakistan strength, has been negated to a large extent by the two new-ball rule but Misbah said there are other ways his bowlers could trouble Australia. "In Australian conditions, you get pace and bounce. So if your bowlers have that ability to bowl around 150(kph) and they could have a little bit of extra bounce... "It's not a matter of just swinging the ball. It could really hurry down to the batsmen and you could get wickets even with the short balls. "If you are bowling in the right areas, you could really create pressure. That's what these pacers have been doing. If you get reserve swing, that's a plus." Pakistan missed towering left-arm paceman Mohammad Irfan through injury on Sunday but Misbah was hopeful the bowler would be available against Australia. "Let's see about Irfan. He is having a problem in his quad while bowling. We are hoping he will be okay by our quarter-final."