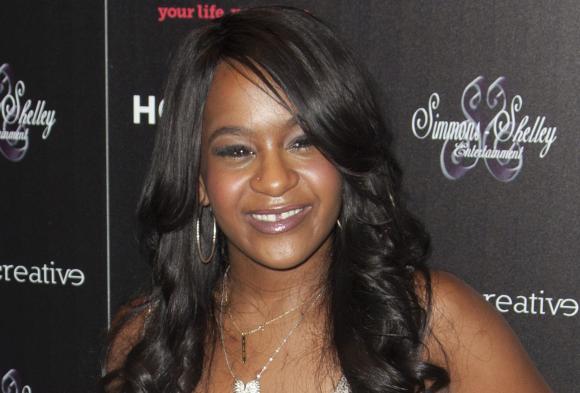 NEW YORK (Reuters) - Doctors have taken Bobbi Kristina Brown, daughter of late singer Whitney Houston, off the ventilator that has helped her breathe since she was found unresponsive in a bathtub last month, but no decisions have been made to take her off life support, a family source said on Thursday. The source, who declined to be identified, said Brown's overall condition has not changed. Removing the breathing tube was a standard course of practice to avoid infection, the source said. CNN reported that Brown will now receive air through a hole in her throat, indicating she will likely remain in that position for weeks or months rather than of days. Family members have said Brown, 21, the only child of singers Bobby Brown and Houston, is fighting for her life at Emory University Hospital in Atlanta after she was discovered on Jan. 31 face down and unresponsive in a bathtub in her suburban home. They have said little about the aspiring singer's treatment or medical prognosis. Bobby Brown has asked for privacy. Police in Roswell, Georgia, are treating the case as a criminal investigation and have been questioning people about the circumstances leading up to Brown being found in the tub. Brown's famous mother, a six-time Grammy Award winner and actress who battled substance abuse, drowned in a hotel bathtub in Beverly Hills, California, on Feb. 11, 2012. Authorities said cocaine use and heart disease contributed to Houston's death at age 48.