DUBAI (92 News) – Renowned artistes are excited about their performance in the opening ceremony of Pakistan Super League 4. Addressing a joint press conference on Wednesday, the artistes, including Shuja Haider, Ali Azmat, Aima Baig, Salman Ahmed, Fawad Khan, Young Pardesi, saluted the Pakistan’s security forces for establishing peace in the country. Ali Azmat said that tourism is increasing in Pakistan. “Pakistan is a peaceful country. The PSL cricket is very important for the country,” he added. 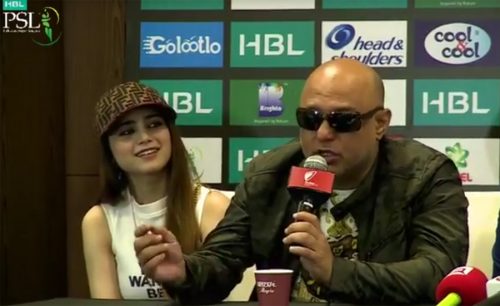 Salman Ahmed said that the contests of cycling and paragliding are also held in the country. Fawad Khan said that the title song of the Pakistan Super League is an honour for him. The colourful ceremony of the PSL 4 will start in Dubai at 8pm (PST). In the opening matach, defending champions Islamabad United will face Lahore Qalandars. AB de Villiers and Andersen will be in action from Lahore Qalandars.