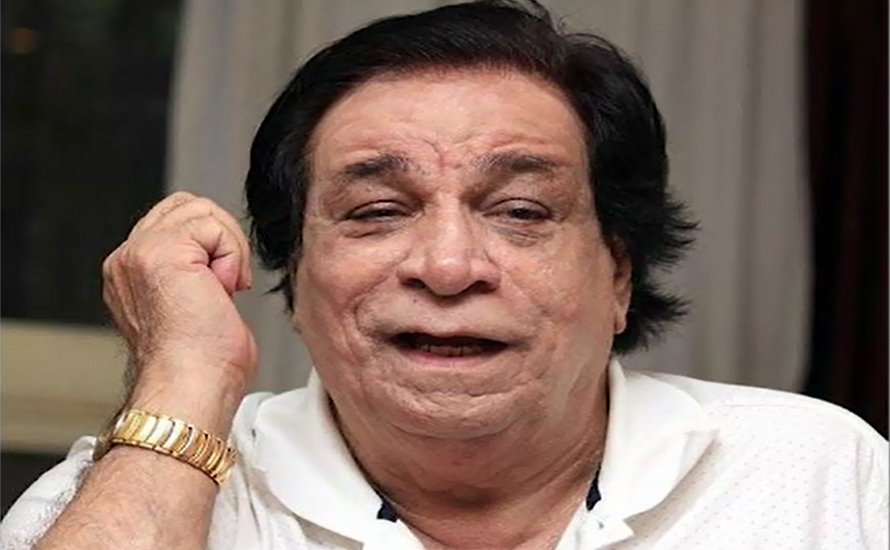 TORONTO (92 News) – Renowned Indian comedian script and dialogue writer Kader Khan passed away after a prolonged illness in Toronto, Canada on Tuesday. He was 81. He was born on October 22, 1935 in Kabul, Afghanistan and is the son of Abdul Rehman and Iqbal Begum. He claims to be of Kakar tribe of the Pashtuns. He is survived by two sons Sarfaraaz and Shahnawaz Khan. Kader Khan was fluent in Urdu, Hindi, English and Pashto language. At age one, his family immigrated to Mumbai and started living in the slums. He got enrolled in school and later did his graduation from Ismail Yusuf College affiliated to Mumbai University, the then Bombay University from 1970 till 1975, he taught at MH Saboo Siddik College of Engineering, Byculla as a professor of civil engineering. At an annual day function in collage, Kader Khan took part in a play and it was highly praised by all. Dilip Kumar came to know about the play and showed keenness in watching it. Special arrangements were made and Khan acted the play for him. Dilip Kumar was so impressed that he signed him for his next two films which were Sagina Mahato and Bairaag. Kader Khan acted in over 450 films and has written dialogues for over 250 Indian films. He is most popularly recognized for working with famous actors like Amitabh Bachchan, Feroz Khan, Govinda, etc and in films by David Dhawan. He has played a large variety of supporting role parts in films and has also starred in many comedy television series. As a dialogue and script writer, Kader Khan worked with many famous directors and actors, like Manmohan Desai, Prakash Mehra, etc. he wrote dialogues for super hit movies like Sharaabi, Coolie, Lawaaris, Muqaddar Ka Sikandar and Amar Akbar Anthony. He also wrote screenplays for films starring Amitabh Bachchan like Agneepath and Naseeb. In 1991, he won the Filmfare Best Comedian Award for the movie ‘Baap Numbri Beta Dus Numbri’. From 1984 to 1999, he was nominated nine times for Filmfare Best Comedian Award for different films. The AFMI (American Federation of Muslims from India) recognized him for his achievement and service to the Muslim community in India.