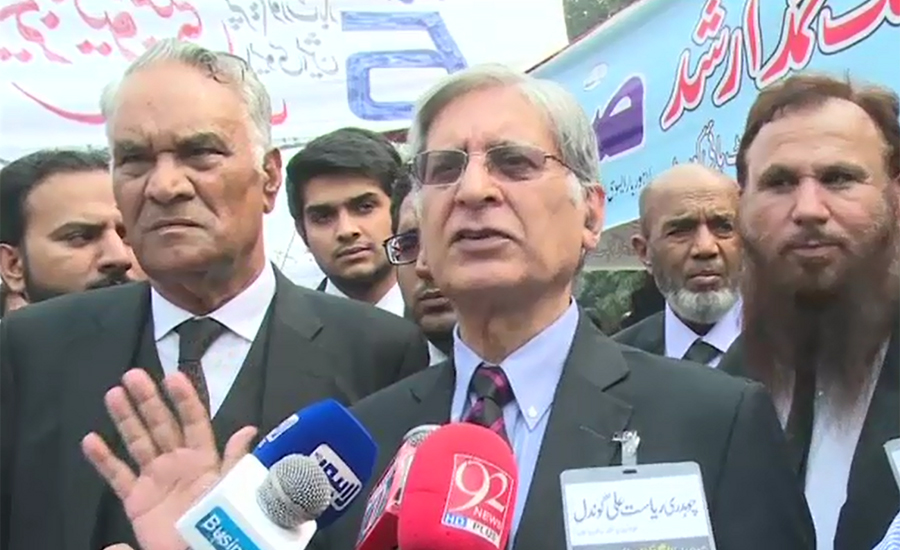 LAHORE (92 News) – Renowned lawyer Aitzaz Ahsan has expressed grief and sorrow over the incident occurred at Punjab Institute of Cardiology (PIC). Talking to 92 News, he said that there was no justification for attacking the PIC to enhance the difficulties of the patients. “It is evident from today’s incident that had the government taken notice of the previous incidents this serious incident would have not happened,” he said. Aitzaz Ahsan said that today’s incident had made him ashamed. “The black coat belongs to the Quaid-e-Azam and it should be respected,” he said. He said that the issue should be resolved by sitting together. “Fayyaz Chohan should have not gone there. It was responsibility of lawyers to protect the minister,” he said. Aitzaz Ahsan said that he had run the lawyers’ movement for former chief justice Iftikhar Chaudhry. “We were humiliated, arrested and baton-charged, but we did not take to violence,” he said.