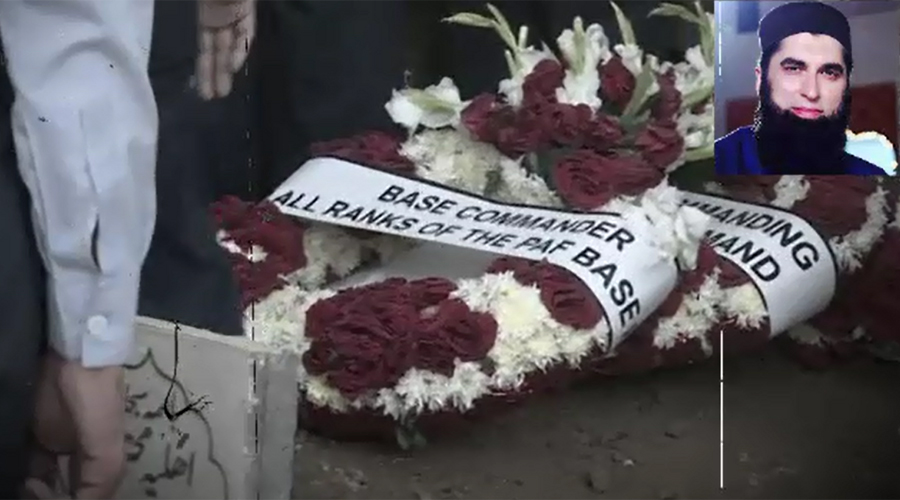 KARACHI (92 News) – Renowned naat khwan Junaid Jasmhed was laid to rest in Darul Aloom on Thursday. Moving scenes were witnessed during the burial of the preacher who died in a plane crash in Havelian. Earlier, Maulana Tariq Jameel led his funeral in Defence Ground. A large number of people, including his relatives and fans, participated in the funeral. Earlier, Junaid Jamshed’s body was shifted to Karachi on C-130 while his funeral prayer was also offered at Nur Khan Airbase which was also attended by the Chief of Air Staff Air Chief Marshal Sohail Amman. 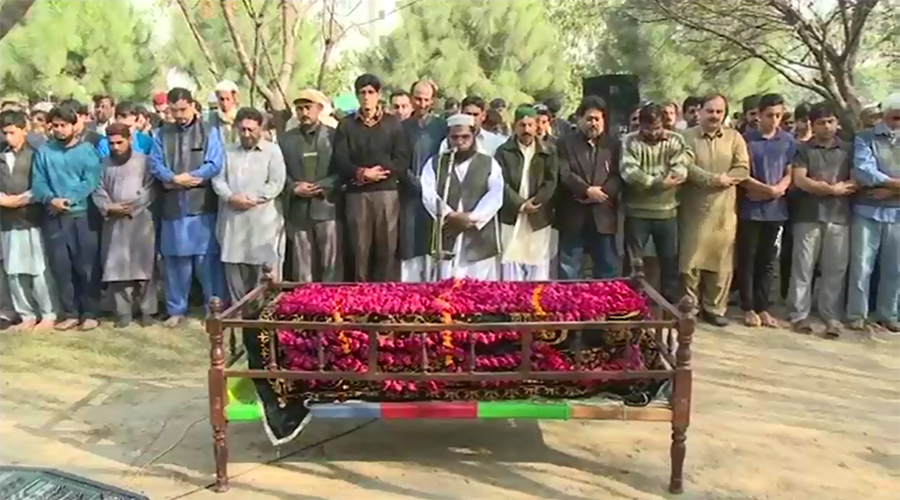 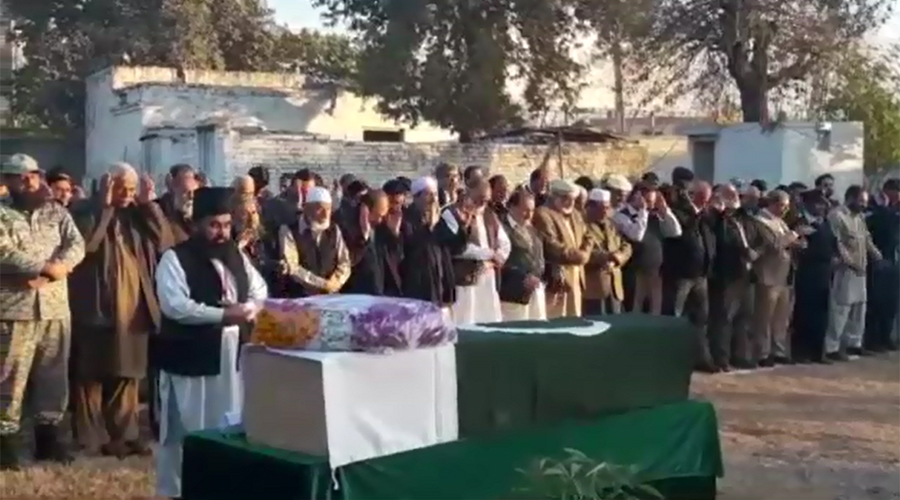