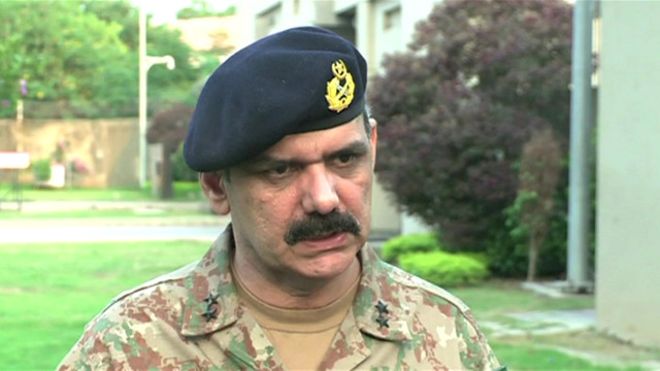 RAWALPINDI (92 News) – Director General Inter-Services Public Relations (ISPR) General Asim Bajwa has said that the news reports about any tape recording as being discussed in media is totally baseless, unfounded and farthest from truth. In a twitter message, DG ISPR Gen Asim Bajwa said that such rumours are irresponsible and unprofessional. Earlier, Federal Minister for Climate Change Mushahidullah Khan had claimed that former ISI chief Zaheerul Islam Abbasi wanted to occupy the power by removing civil and military leadership during the sit-ins of the Pakistan Tehreek-e-Insaf and Pakistan Awami Tehreek. In an interview with the BBC Mushahidullah Khan said that, an audio tape was recorded in this regard that was played during a meeting between the prime minister Nawaz Sharif and Army chief General Rahil Sharif. Later, Mushahidullah Khan denied any such statement.