Republican Speaker Ryan re-elected to US House from Wisconsin 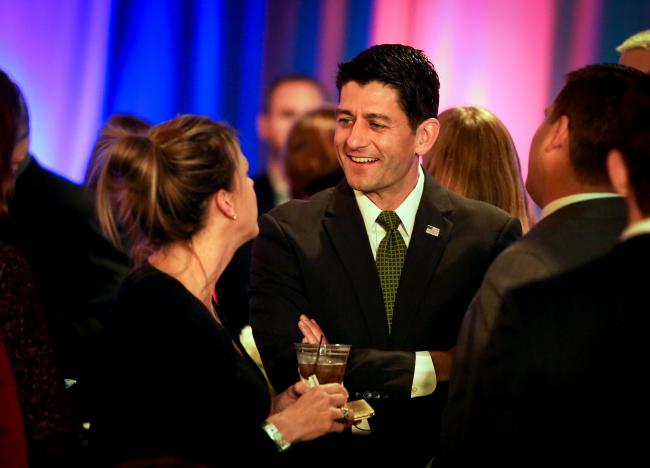 Republican Speaker Ryan re-elected to US House from Wisconsin

WISCONSIN - Republican Paul Ryan was re-elected to the US House of Representatives by voters in his Wisconsin district on Tuesday, positioning him to reassert his claim to remain speaker of the House, the highest-ranking post in the US Congress. The 2012 vice presidential nominee, if returned to the speaker's chair by House members, may have a smaller Republican majority to work with if voters elect fewer Republicans. Most House races were still undecided. Like all members of the House, other Republicans were also running for re-election from their home districts, including House Majority Leader Kevin McCarthy of California and House Majority Whip Steve Scalise of Louisiana. Along with Ryan, they were expected to seek re-election to their leadership posts. Closed-door leadership elections in both parties were expected to take place later in November. A new speaker will be elected by all members of Congress in January. Ryan, 46, has been speaker since October 2015. His re-election to that job is not certain. Some House conservatives have criticized him, and they may have a stronger hand after Tuesday's voting. A number of Republican lawmakers were angered in October when Ryan said he would not campaign with or defend Republican presidential nominee Donald Trump, who was in a closely fought race with Democratic presidential nominee Hillary Clinton on Tuesday night. -Reuters