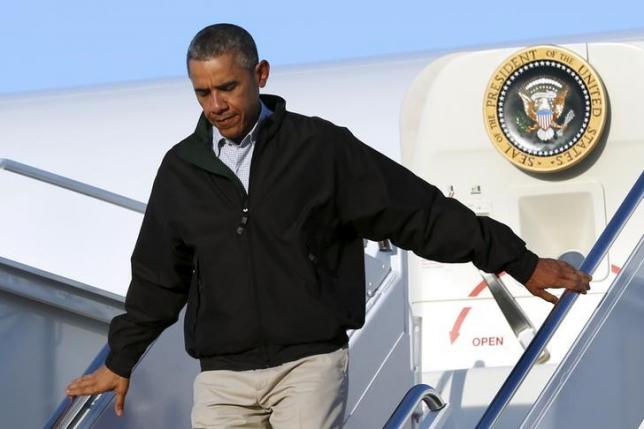 A online poll this month asked 2,809 Americans to rate how much of a threat a list of countries, organizations and individuals posed to the United States on a scale of 1 to 5, with one being no threat and 5 being an imminent threat.

The poll showed 34 percent of Republicans ranked Obama as an imminent threat, ahead of Putin (25 percent), who has been accused of aggression in the Ukraine, and Assad (23 percent). Western governments have alleged that Assad used chlorine gas and barrel bombs on his own citizens.

Given the level of polarization in American politics the results are not that surprising, said Barry Glassner, a sociologist and author of "The Culture of Fear: Why Americans are afraid of the wrong things."

"There tends to be a lot of demonizing of the person who is in the office," Glassner said, adding that "fear mongering" by the Republican and Democratic parties would be a mainstay of the US 2016 presidential campaign.

"The TV media here, and American politics, very much trade on fears," he said.

People who were polled were most concerned about threats related to potential terror attacks. Islamic State militants were rated an imminent threat by 58 percent of respondents, and al Qaeda by 43 percent. North Korean Leader Kim Jong Un was viewed as a threat by 34 percent, and Iran's Ayatollah Ali Khamenei by 27 percent.

The data was weighted to reflect the US population and has a credibility interval, a measure of accuracy, of plus or minus 2.1 percentage points for all adults (3.4 points for Democrats and 3.4 points for Republicans.) –Reuters