Reputations burnished, others buffeted at 'best World Cup ever' 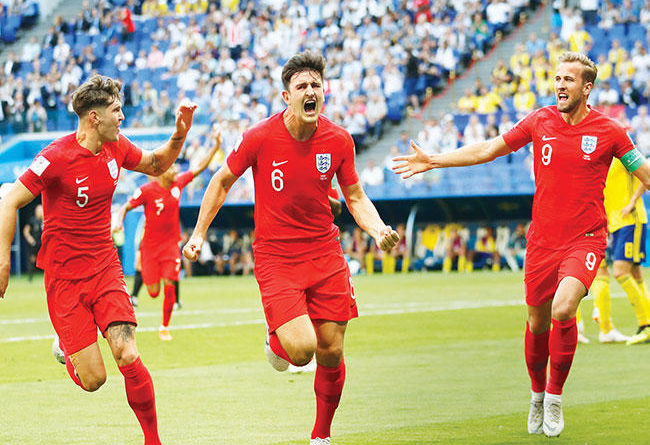 Reputations burnished, others buffeted at 'best World Cup ever'

MOSCOW (Reuters) - A stage for new beginnings, a cementer of fortunes, a last resting place for life-long dreams, the 2018 soccer World Cup was so much more than a month-long festival of goals and glory.
“The best World Cup ever,” was FIFA President Gianni Infantino’s verdict, and there was much evidence to support his view. Host Russia used the extravaganza to detoxify its global brand and enhance its reputation by breaking down a number of negative stereotypes, and showcasing itself as a nation that can host huge events and welcome tens of thousands of global visitors. [L8N1U83VG] The Russian team, too, came out of the tournament having passed with flying colours. Ranked a lowly 70th in the world at the start and on the back of a nine-month winless run, there were real fears the team could fail to win a match. The Russians need not have worried as Stanislav Cherchesov’s men hammered Saudi Arabia 5-0, finished second in their group, beat mighty Spain in a penalty shootout in the last 16, before finally falling to Croatia in the same fashion in the quarters. Croatia went on to reach their first World Cup final, where they will play France on Sunday, in a remarkable achievement for a nation of some four million people. The Croatians bettered their previous best of a semi-final spot in 1998 — their first World Cup as an independent nation — with a thrilling extra-time victory over England. Gareth Southgate’s young English side had been seeking to reach the final for the first time since their victory in 1966, but the Croatians were too tough, coming back from an early English goal to prevail. They had come from behind in all three knockout games, showing admirable spirit and remarkable fitness. Regardless of what happens in the remaining two matches, the reputations of both Croatia and England were greatly enhanced by their runs in the tournament. By no means were all reputations burnished in Russia, however, as some of the biggest names in sport flopped on the biggest stage. Champions Germany suffered their earliest World Cup exit in 80 years when they finished bottom of Group F following defeats by Mexico and South Korea, triggering an inquisition back home. Argentina and Lionel Messi needed a last-gasp goal to scramble through their group, despite a 3-0 loss to Croatia and a 1-1 draw with Iceland, before being beaten by France in the last 16. Messi was largely invisible throughout. Not so their other talisman, Diego Maradona, whose matchday antics were captured on television. The low point being when the once-great soccer star gave an obscene middle-finger gesture with both hands to fans of Nigeria after a late group-stage winner for Argentina. “From the hands of God, to the fingers of shame”, read one headline in Latin America. The stock of Neymar also took a hit when the Brazilian striker — the world’s most expensive footballer — left the tournament after Brazil’s quarter-final loss to Belgium with the sound of laughter ringing in his ears. Even though he undoubtedly came in for some tough tackles, his over-the-top histrionics and gravity-defying spins and rolls along the ground left pundits and commentators half-amused and half-outraged and launched many social media memes. On the whole, though, it has been a clean tournament, with some superb refereeing. Up to and including the semis there had been only four red cards - the lowest since 1978. The dreaded spectre of VAR proved to be an overblown fear, and instead of breaking up the rhythm of the game, it eliminated most cheating, helped referees act on things they had missed and provided elevated levels of drama. “This is progress, this is better than the past,” Infantino said. “VAR is not changing football, it is cleaning football, making it more honest and transparent and helping referees to make the right decisions.” Honesty and transparency haven’t exactly been the buzzwords around football in recent years, so if Infantino has that right, the reputation of the sport itself might be the biggest beneficiary of Russia 2018.