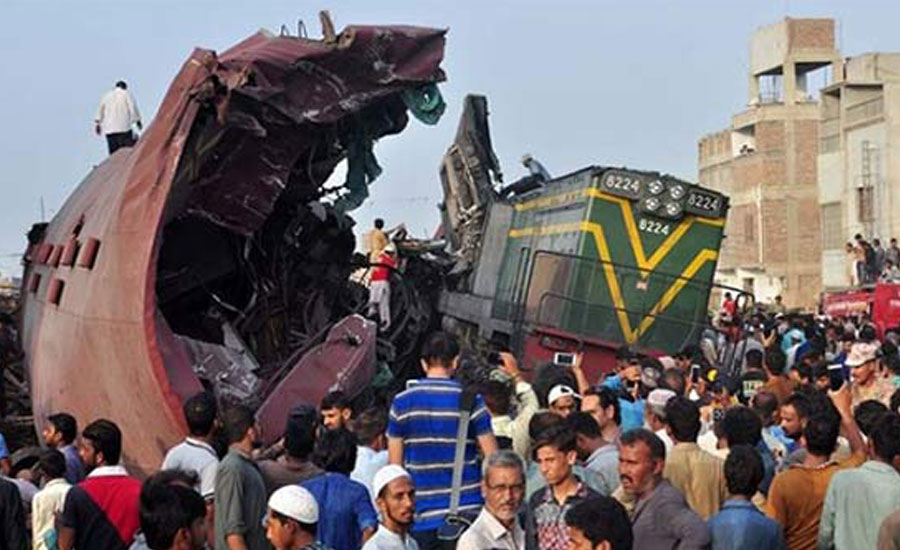 HYDERABAD (92 News) – The rescue operation has been completed as railway track restored after 12 hours following the collision between two trains near Hyderabad yesterday. According to the details garnered, the damaged engine and bogies were cleared from the track and the trains scheduled resumed on up and down tracks. Three people were killed and several others injured when two trains collided with each other near Pathankot, Hyderabad. The victims include Jinnah Express Driver Aslam and assistant drivers Yasir and Nauman. The accident occurred when Jinnah Express and a freight train came on the same track. The rescue teams reached the spot and launched the operation. Minister for Railways Sheikh Rasheed said that the train was heading to Hyderabad from Kotri. He said that they had information about two deaths. He added that the investigations are underway whether it is an accident or negligence.

The worker union demanded railways minister to resign from their office over held responsible driver for accident from earlier inquiry.

It was reported that the Investigators in their initial probe into yesterday’s train accident suspected that it occurred because of negligence on the part of the driver and assistant driver of a passenger train that rammed into a coal-laded goods train near Hyderabad.