NANKANA SAHIB (92 News) – The rescue operation is underway to find the missing persons in River Ravi after a boat carrying passengers capsized in Syedwala on Friday. The boat of rescue officials to find the missing persons also overturned on Saturday due to the flow of water. The boat of rescue officials capsized after it collided with an under construction bridge. The four officials were however successfully rescued. 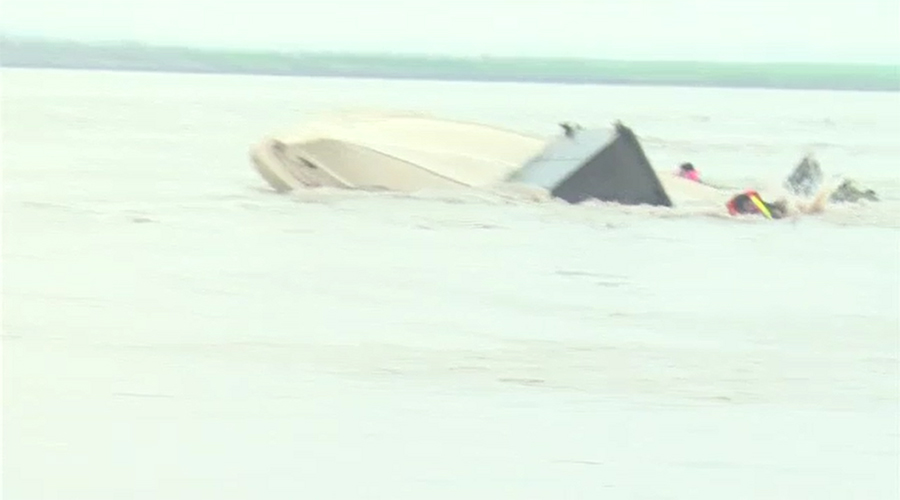 The special divers of Pak Army are also taking part in the rescue operation. Several people are feared dead as a boat capsized in Ravi River near Syedwala, Nankana Sahib on Friday. The boat carrying women and children overturned due to fast flow of water. Locals said that the boat was overloaded with passengers as well as motorcycles and other equipment. As a result, the boat could not maintain its balance and overturned after striking against an under-construction bridge. It was washed away by the fast flowing water.