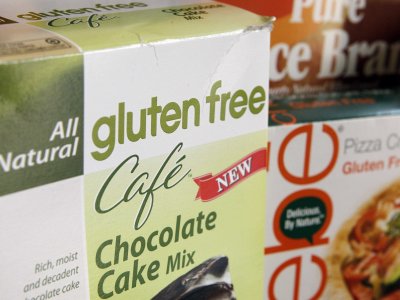 TEL AVIV - Could sensitivity to gluten cause a syndrome that looks like ALS? Researchers think it might be possible. But, cautioned senior researcher Dr. Vivian E. Drory in an email, “this is a preliminary and by now a single report" on the association of ALS with antibodies to a certain kind of enzyme. "I would be happy to see confirmation of our results from other centers,” she said. ALS, or amyotrophic lateral sclerosis, also known as Lou Gehrig's disease, is a progressive disease that attacks nerve cells and pathways in the brain and spinal cord, eventually causing paralysis. More than 5,600 people are diagnosed with it each year. Drory and her team from Tel Aviv Medical Center found antibodies to an enzyme produced in the brain, called tissue transglutaminase 6 (TG6), in 23 out of 150 patients with ALS, compared with only five of 115 healthy volunteers. Furthermore, the concentrations of those antibodies were higher in the ALS patients. Antibodies to another transglutaminase, TG2, are produced by people with celiac disease when they eat gluten, a protein in wheat, barley and rye. About 45 percent of patients with celiac disease also produce antibodies to TG6, even when they have no neurological symptoms. (In some patients, gluten sensitivity can cause neurologic problems, and many of those patients do have antibodies toward TG6.) The authors report in JAMA Neurology that ALS patients with antibodies to TG6 showed the classic picture of ALS and the typical rate of disease progression. The volunteers with antibodies to TG6 showed no signs of any disease. None of the ALS patients or volunteers had the antibodies to TG2 that are commonly associated with celiac disease, although the ALS patients were more likely than the volunteers to show the genetic mutations that put them at risk for celiac disease. Drory said her team has begun to study TG6 antibody levels in patients newly diagnosed with ALS, and they will be testing the effects of a gluten-free diet in some of those that test positive. She expects it will be “at least 2 more years” before they have any results. In the meantime, she warns ALS patients against experimenting with themselves. “Patients should not be tempted to use a gluten-free diet without clear evidence for antibodies, because an unbalanced diet might harm,” she said. “Especially in ALS we know that maintaining a good caloric intake and weight improves prognosis. While one can achieve a good caloric intake with a gluten-free diet, this should be done only under dietician advice and in the specific patients in whom antibodies are detected.” It’s also worth remembering that an association is not the same as a cause. At least one earlier study concluded that there was no association between TG6 antibodies and either neurological disease or gluten itself. - Reuters