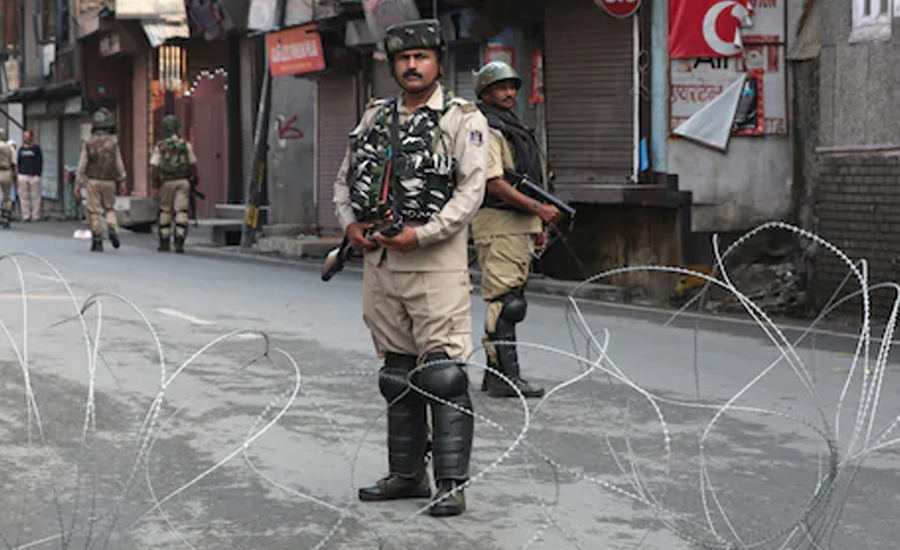 SRINAGAR (92 News) – Residents continue to suffer immensely as the Kashmir valley continues to remain under strict curfew and military lockdown for the 46th consecutive day, on Thursday in Indian Occupied Kashmir (IoK). The heavy deployment of Indian troops has created an atmosphere of fear, forcing the people to remain indoors. The continued blockade of the valley has aggravated the situation to an alarming proportion. The residents confined to their homes are facing difficulties in meeting their daily needs. The shortage of essential commodities like milk, baby food and life-saving medicines is adding to the miseries of the people and the valley represents a humanitarian crisis. All markets, business establishments, shops and educational institutions remain shut while transport is off the road in the valley. The occupation authorities continue to snap the means of communications including internet and mobile phone services and keep TV channels closed in Kashmir valley and Muslim majority areas of Jammu.

The Indian occupied authorities disallowed Chairman of All Parties Hurriyat Conference Ali Gilani from holding a press conference at his residence in Srinagar. Due to suspension of communications means, Syed Ali Gilani, had invited the media persons through letters. However, when the media men reached his home, Indian policemen deployed there stopped them from getting in and asked them to leave. Syed Ali Gilani is under continued house arrest since 2010. APHC leader and the Chairman of Tehreek-e-Muzahamat, Bilal Siddiqi, in an exclusive interview with Kashmir Media Service, today, said that situation in occupied Kashmir was extremely grim and people were not safe even in their homes. He said that the people of occupied Kashmir had been engaged in prolonged mass uprisings in 2008, 2010 and 2016. UN Secretary-General Antonio Guterres underscored the need for respecting human rights in Indian Occupied Kashmir, which is under repressive lockdown for over six weeks now, and urged India and Pakistan to find a solution to the grave crisis through dialogue.