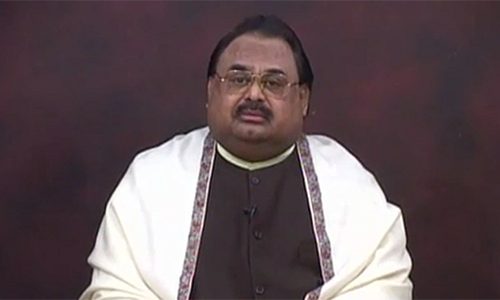 KARACHI (92 News) – MQM chief Altaf Hussain has said that the resignations can be withdrawn if the government remove their reservations. He said that his party may or may not participate in the by-elections after the acceptance of the resignations. “The Rabita Committee will decision on the by-election.” He said that the MQM admits its mistakes made in the past. “Asif Zardari and the Sindh government should also admit their mistakes. Asif Zardari and Nawaz Sharif can ruin the country, but cannot change the fate,” he said. The MQM chief said that they wanted to see Pakistan prosperous. “This country is not only owned by Asif Zardari and Nawaz Sharif but also owned by 200 million people,” he added.