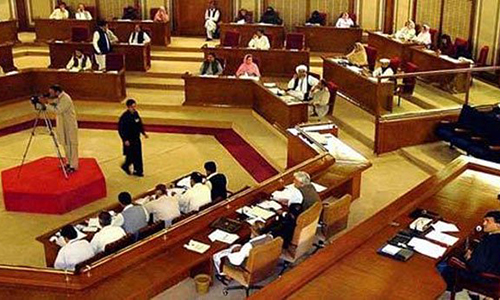 QUETTA (92 News) – The Balochistan Assembly approved a condemnation resolution against the provocative speeches of MQM chief Altaf Hussain on Monday. Speaking on the occasion, Sarfraz Bugti said that the MQM chief is trying to break the country. He said that action should be taken against him under the constitution after bringing him back. He said that the speeches made by Altaf Hussain make anti-enemy forces strong which comes under treason.