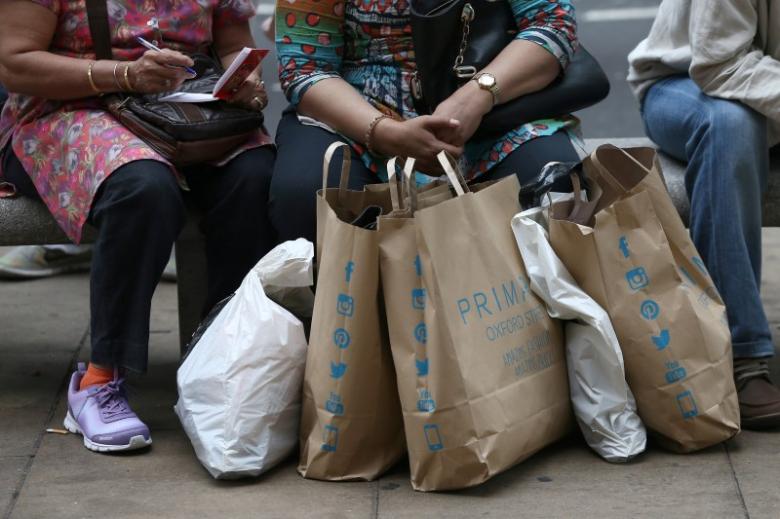 LONDON - Consumers cut back on spending in August after a surprise post-Brexit splurge in July as hot weather put shoppers off going to the high streets, a survey showed on Tuesday. Spending fell by 0.3 percent compared with August last year, down sharply from a 1.9 percent leap in July, the British Retail Consortium said. The BRC said it was the weakest reading since September 2014, excluding distortions caused by the timing of public holidays, but it did not appear to be a delayed reaction by consumers to the shock June 23 vote to leave the European Union. "Care should be taken in reading too much into August's lacklustre performance," BRC Chief Executive Helen Dickinson said, noting volatile swings in recent British economic data. "The fact is that, so far, little has directly changed for the UK's consumers as a result of the referendum," she said. Britain's consumers, who drove the country's recovery from the financial crisis, appear to have largely taken the Brexit vote in their stride for now, according to several indicators. However, purchases of new cars by individuals have fallen since the referendum and there have been signs of weaker demand in housing market. The Bank of England expects rising inflation and uncertainty about Britain's future trading relationship with the EU to weigh on the economy in the months and years ahead. The BRC said that on a like-for-like basis, stripping out changes in the amount of retail space open to shoppers over the past 12 months, sales fell by 0.9 percent in August versus a year ago, compared with a 1.1 percent increase in July. Over the three months to August, total sales were up 0.6 percent, half the average rate of the past 12 months, weighed down by non-food sales which were probably hit by lower numbers of shoppers in the warm weather. -Reuters