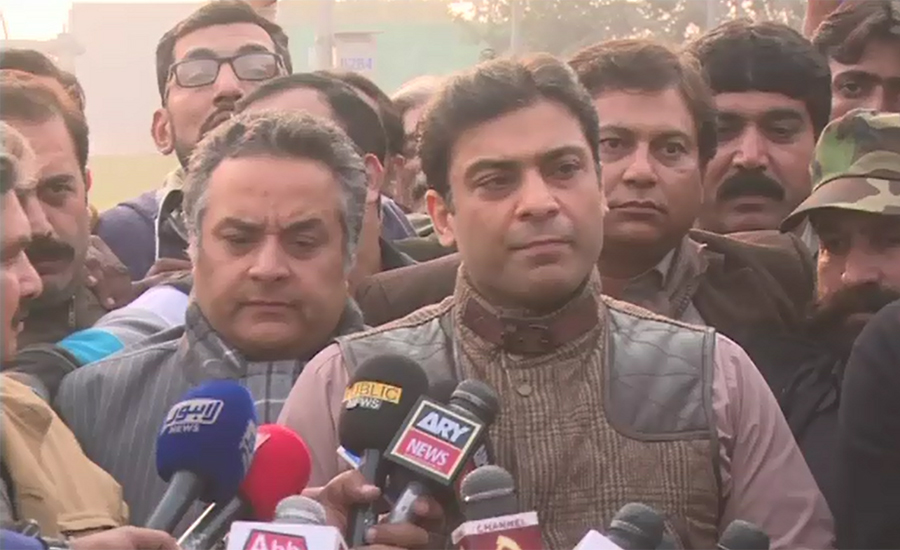 LAHORE (92 News) – PML-N leader Hamza Shehbaz has demanded that the assets of Aleema Khan should be made public. Talking to the media after appearing before the NAB in the assets beyond income and Saaf Pani cases on Wednesday, he said that the prime minister is neither Mr clean nor he has sportsmanship. “Accountability slogans smell of revenge,” he said. “References have been filed after taking mega corruption cases from cupboards.” The PML-N leader said that there is no proof of corruption in the December 24 verdict. He demanded that Imran Khan should apologize to the nation for erecting encroachments in Bani Gala. Hamza Shahbaz said that they will counter them steadfastly. “Rulers should not try to make us fearful through their shallow slogans. You too will be trapped by these revengeful activities,” he added. He said that the fake accountability will not work for long.