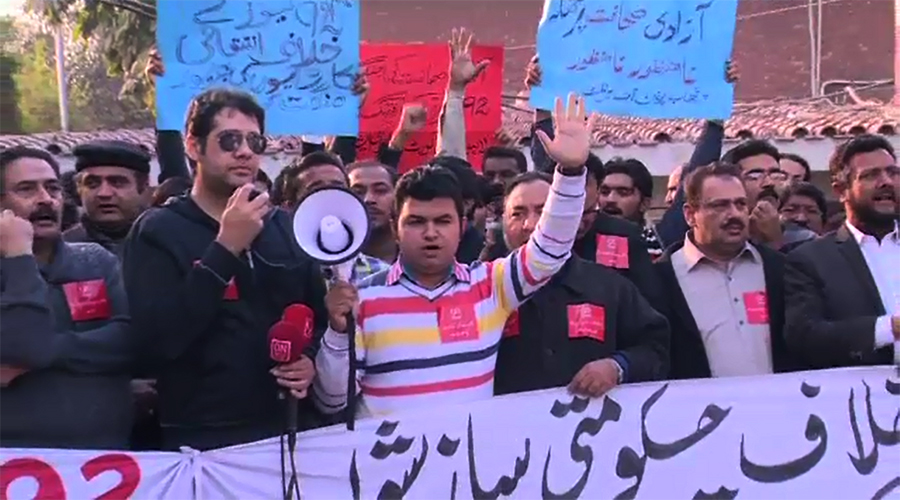 LAHORE (92 News) – Journalists announced to stage a sit-in outside the Parliament on December 27. Earlier on Wednesday, they staged a demonstration to protest revengeful activities against 92 News Group outside Lahore Press Club. They chanted slogans against the government and demanded an immediate end to revengeful activities.