Revolving-door politics in Nepal as Maoist poised to become PM 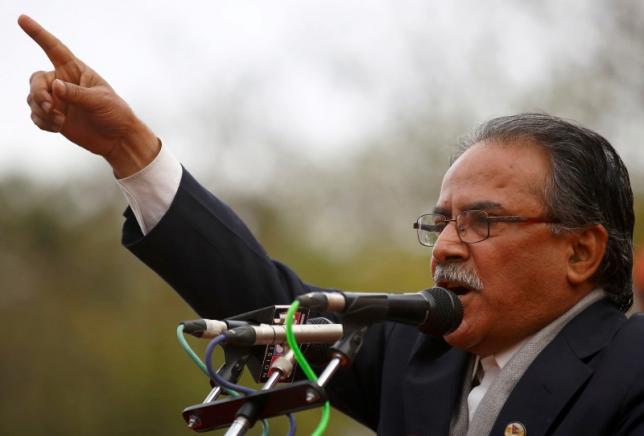 Revolving-door politics in Nepal as Maoist poised to become PM

KATHMANDU - Nepal's parliament meets on Wednesday in a crucial session that is expected to confirm former Maoist rebel chief Prachanda as the Himalayan nation's new prime minister after KP Oli stepped down to avoid a no-confidence motion. Nepal has been mired for years in political instability, and the new leader will be its 24th prime minister after weeks of deadly protests established multi-party democracy in 1990. This will be the 61-year-old Prachanda's second turn as premier after his party of former guerrilla fighters won national elections in 2008. Analysts say the return of Prachanda, who still uses his nom de guerre meaning "Fierce" but has lost his former Robin Hood image dating back to the insurgency, was unlikely to end the revolving-door politics that has sapped business confidence in one of the world's poorest countries. "I don't think he will be stable," said Guna Raj Luitel, editor of the daily Nagarik. "There is no agreement between parties on a basic agenda for the country. They have only agreed for convenience and there is already a deal to change the prime minister after nine months." Prachanda's confirmation is virtually assured thanks to the support of the centrist Nepali Congress, the biggest party in parliament, and an alliance of several small parties. Under a widely reported power-sharing deal, Nepali Congress leader Sher Bahadur Deuba is expected to take over from Prachanda before Nepal holds a general election at the beginning of 2018. Party officials have declined to comment. Frequent changes of government are blamed on politicians who are seen as selfish and power hungry, and who show little concern for the plight of Nepal's 28 million people. Nearly a quarter live on less than $2 a day. GREAT POWER RIVALRY Political change in Nepal, which has great potential to generate hydroelectric power, is closely watched by China and India as they vie for influence over the country that is home to Mount Everest and the birthplace of Lord Buddha. In 2008, Prachanda visited China before India, breaking a tradition of new Nepali leaders making New Delhi their first foreign port of call. During a visit in March, Oli cosied up to China with a deal to use its ports for trading goods with third countries, ruffling feathers in India which controls landlocked Nepal's main overland export route. India is blamed in Nepal for imposing a blockade on fuel and essential goods last year following protests by the Madhesi minority against Nepal's first post-monarchy constitution, an accusation India denies. The Madhesis, who mostly live on the southern plains and have historical and family ties to India, have protested against the charter saying it weakens their say in the central government by dividing their homeland into several provinces. The new leader also faces the task of rebuilding homes, roads and monuments destroyed by earthquakes that killed 9,000 people last year as well as oversee settlement of war crimes cases against the Maoists and the security forces. -Reuters