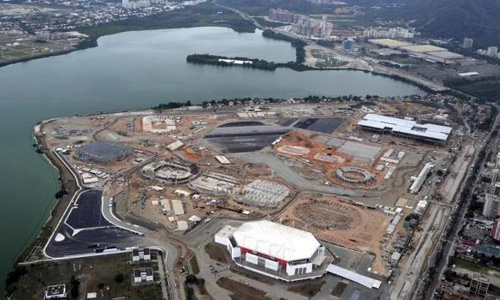 SAO PAULO (Reuters) - The mayor of Rio de Janeiro is to ask some of the city's biggest companies to shut down during next year's Olympic Games to make transportation easier for athletes and officials. Mayor Eduardo Paes said he was planning to meet next month with leaders of the judicial branch and bosses at state-controlled oil company Petrobras and the BNDES, a major development bank. "I should call a meeting by March with judicial officials and big companies such as Petrobras, the BNDES and other big employers in Rio so we can have a holiday period during the Olympics," Paes said on Tuesday. "I don't want people to leave the city, we want them to stay, but it is clear that mobility will be affected during the Olympics." Paes said he would reschedule school holidays to ensure fewer cars are on the roads and warned he may call public holidays during the event, which will run from Aug 5-21, 2016. Rio, which has some of the worst traffic congestion in Brazil, was one of the cities that declared public holidays on match days during last year's World Cup. The measure was taken to cut down on traffic chaos. Brazil's cities have poor public transportation networks and although Rio has added miles of new bus lanes ahead of the Olympiad, a scheduled new metro line is late and may not be open on time.