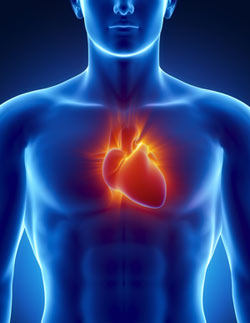 NORWAY (Reuters) - Excess pounds and smoking might each raise the likelihood of frequent heartburn or gastroesophageal reflux disease (GERD), according to a large study from Norway. Other factors linked to higher odds of new GERD symptoms included getting older, being a woman, having less education, and even quitting smoking – if it led to weight gain. “Heartburn and acid regurgitation are very frequent, up to 30 percent of people in Western populations have these complaints at least weekly, so we wanted to know more about the reasons why these symptoms appear,” said Dr. Eivind Ness-Jensen, the study’s senior author. GERD is defined as having “troublesome” symptoms of acid reflux - where stomach acid flows back into the esophagus - or complications of reflux at least once a week, the study team writes in the American Journal of Gastroenterology. Other symptoms include hoarseness, laryngitis, dry cough and increased saliva. GERD can also eventually lead to precancerous changes in the esophagus. To see what characteristics predict development of GERD, the researchers analyzed data on nearly 30,000 people in Nord-Trondelag County, Norway. Subjects were interviewed in 1995-1997 and again in 2006-2009. They had no GERD symptoms in the first interview. By the second interview, 510 people had severe GERD symptoms and 14,406 still had no GERD complaints. People with very mild or less than weekly symptoms were excluded from the comparison. The researchers found a steady increase in GERD risk with greater excess weight, based on body mass index (BMI), a measure of weight relative to height. A BMI of less than 25 is considered normal, 26 to 29.9 is overweight or “pre-obese” and 30 or above is obese. In the 12-year study, the risk of developing GERD rose by 30 percent with every one-point increase in BMI, regardless of the person’s starting BMI. People who smoked cigarettes or had smoked previously were 29 to 37 percent more likely to develop GERD than never-smokers. And those who stopped smoking but whose BMI rose more than 3.5 points after quitting were twice as likely to develop symptoms as people who had never smoked. Ness-Jensen, a public health researcher at the Norwegian University of Science and Technology in Levanger, noted in an email that one of his previous studies showed quitting smoking reduced the risk of GERD symptoms, although the current study found that weight gain could take away that protection. “So, avoid weight gain when quitting smoking,” he said. “Obesity, especially abdominal obesity, increases the pressure on the diaphragm and the muscles separating the esophagus from the stomach, pushing acidic stomach content into the esophagus. Tobacco smoking relaxes the muscles, facilitating reflux, and reduces the production of saliva, which helps clean the esophagus,” he explained. Men were about 20 percent less likely to have GERD symptoms than women. In addition, people with a higher education were about 30 percent less likely to develop GERD than people with less education. Simply getting older also increased the risk of symptoms by 1 percent per year. Dr. Ronnie Fass, chair of Gastroenterology and Hepatology at MetroHealth Medical Center in Cleveland, Ohio, said two of the study’s unique findings were that men had a lower chance of getting GERD and that smoking could lead to symptoms. “It has been established in the literature that males and females have the same risk of having GERD . . . As a result, this is very intriguing,” said Fass, who was not involved in the study. While past studies have linked smoking with GERD, this “is one of the first studies that in fact documented the role of smoking in causing new onset GERD-related symptoms,” said Fass.