Roads blocked as traffic in parts of country badly affected 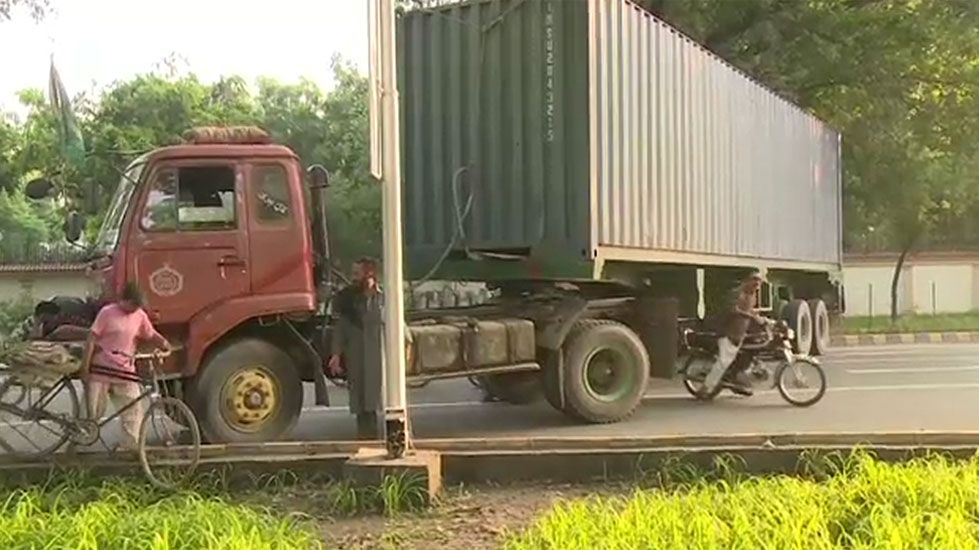 Roads blocked as traffic in parts of country badly affected

KARACHI (92 News) – The roads have been blocked in major cities as the traffic has been affected due to the protest against Supreme Court verdict acquitting Asia Bibi in blasphemy case. As the protests continue and roads in major cities have been blocked and commuters are advised to avoid the following routes. In Lahore, the roads have been blocked at Charring Cross at Mall Road, Data Darbar, Shahdara Chowk, Kalma Chowk, Bhatta Chowk and Ferozepur Road. Further, the roads including Thukar, Babu Sabu, Kamoke, Texila, Suhawa, Dina, Sara-i-Alamgir and Gujrat have also been blocked. Lahore among all over Punjab the supply of petro has been short and many petrol pumps are closed due to the shortage of petrol. However, the petrol pumps are providing only Rs500 worth petrol to cars and Rs100 for motorbike. Further, National Highways and Motorway Police spokesperson said all motorways have been closed for traffic. M-1 from Peshawar to Islamabad, M-2 from Islamabad to Lahore, M-3 from Pindi Bhattian to Faisalabad and M-4 from Faisalabad to Gojra have been closed, according to a Motorways Police official. In Karachi, roads have been blocked in some places. PIDC Chowk, Teen Talwar, Nazimabad, Liaquatabad, Star Gate at Shahra-e-Faisal, Native Jetty Bridge, Baloch Colony Expressway, Numaish, Sohrab Goth, Korangi Crossing, Korangi 5, Korangi 3, Korangi 2.5, Ranchor Line, Power House Chowrangi, Nagan Chowrangi, Qayyumabad, Murtaza and Bilal Chowrangis, New Karachi, Surjani Town, Landhi 89, Landhi 5, Landhi 6 and Teen Hatti have been blocked. The entry points to Karachi have also been blocked affecting traffic from Hyderabad to Karachi. In Islamabad, all roads in Islamabad except the Rawalpindi-Islamabad Faizabad Interchange are open for traffic, according to the traffic police spokesperson. In Peshawar, the Ring Road and GT Road have been blocked. Roads leading to the motorway have also been blocked. On Wednesday, following the protests, Section 144 was imposed across Punjab, Sindh, and Balochistan barring the gathering of more than four persons in public places as well as pillion riding. Section 144 has been imposed till November 10.