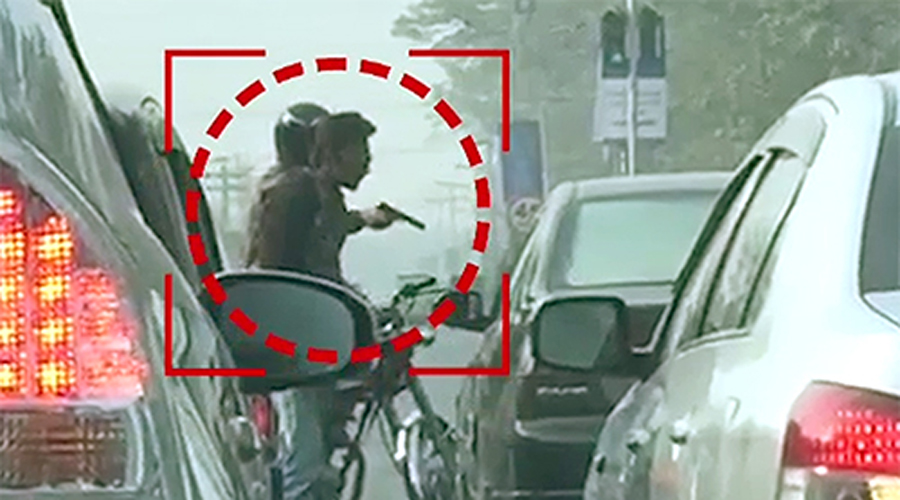 LAHORE (92 News) – At least three robbers looted a person at gunpoint at a signal in Faisal Town area of Lahore on Monday. Meanwhile, the officials of Dolphin force kept racing on their motorcycles sounding the sirens. Neither police nor traffic wardens were present at the scene of crime. Punjab Chief Minister Shehbaz Sharif took the notice of the incident and demanded a report from CCPO Lahore. Punjab Law Minister Rana Sanaullah said that the citizens should not worry on such robberies. Such incidents are likely to happen in bigger cities. The law minister also claimed to arrest the accused.