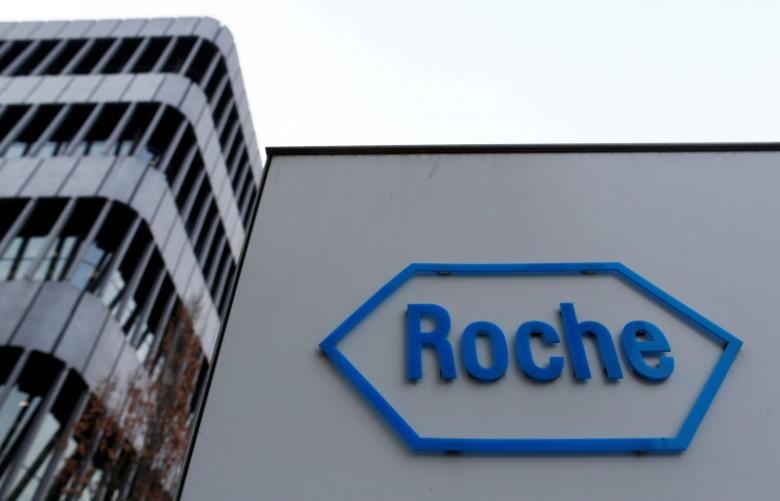 COPENHAGEN - Lung cancer patients on Roche's immune system-boosting drug Tecentriq lived on average 4.2 months longer than those taking chemotherapy in a pivotal study, pressuring Bristol-Myers Squibb's dominant position in the field. The trial involved second-line patients, who have already used chemotherapy, and it found the Roche drug worked even in people with low or no levels of a protein called PD-L1, which is often used to test suitability for immunotherapy. The study results were presented at the annual European Society of Medical Oncology congress on Sunday. Bristol's Opdivo is currently the only immunotherapy drug approved without a PD-L1 test for non-small cell lung cancer (NSCLC), the most common form of the disease. Merck & Co's Keytruda requires a test. That has favored Opdivo and fueled its sales, but the arrival of a rival with the same broad effectiveness now promises increased competition. U.S. regulators are due to decide whether to approve Tecentriq in lung cancer by Oct. 19. The Roche drug is already cleared for use in bladder cancer. Tecentriq, Opdivo and Keytruda are the first of a highly promising class of immunotherapy drugs that are revolutionizing cancer treatment and are tipped to generate huge sales. Lung cancer, the biggest cancer killer globally, is the top commercial opportunity. Analysts believe Tecentriq sales across all cancers will reach $4 billion in 2021, according to consensus figures compiled by Thomson Reuters. In the 1,225-patient Roche study, the mean survival for patients on Tecentriq was 13.8 months, which was 27 percent better than the 9.6 months seen among those on docetaxel chemotherapy. The benefit of the new drug was greatest in patients with high levels of PD-L1 but even in people with no PD-L1 expression there was still a significant improvement. Martin Reck of Germany's Lung Clinic Grosshansdorf said the findings suggested doctors had a problem if they planned to use a negative PD-L1 reading as a reason to exclude second-line NSCLC patients from treatment. Companies are also racing to prove that immunotherapy can help in first-line NSCLC, where it would replace chemotherapy as the initial drug given. Here, however, the idea of giving immunotherapy to all patients has proved problematic, as evidenced by the failure of a recent Bristol trial. Roche has eight late-stage Phase III lung studies under way evaluating Tecentriq alone or in combination with other treatments in patients with early and advanced stages of lung cancer. -Reuters