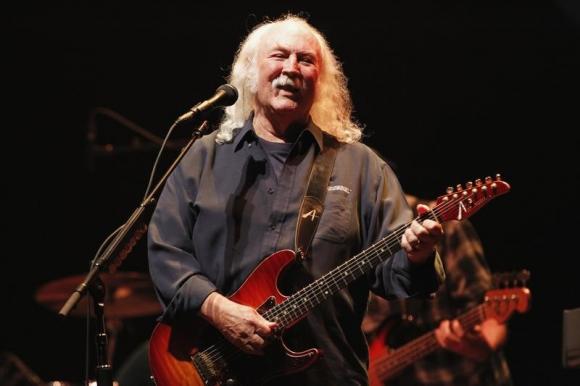 CALIFORNIA - Legendary rock musician David Crosby struck and injured a jogger while driving his car in southern California at the weekend, police said on Monday. Crosby hit 46-year-old Jose Jimenez while driving his Tesla sedan in Santa Ynez, some 30 miles (50 km) northwest of the coastal city of Santa Barbara, on Sunday evening, California Highway Patrol Sergeant Don Clotworthy said in a statement. Crosby, 73, was cruising at the posted speed limit of 55 mph (90 kph) into the direction of the sun when he struck Jimenez, who was then airlifted to a local hospital with multiple fractures and cuts, Clotworthy said. Jimenez's injuries were not considered life-threatening. Authorities did not believe alcohol or drugs were factors in the crash, which is still under investigation, Clotworthy said. Crosby stopped after the collision and cooperated with authorities. Crosby was inducted into the Rock and Roll Hall of Fame for his work as part of the folk rock trio Crosby, Stills and Nash and rock group the Byrds, according to its website. - Reuters