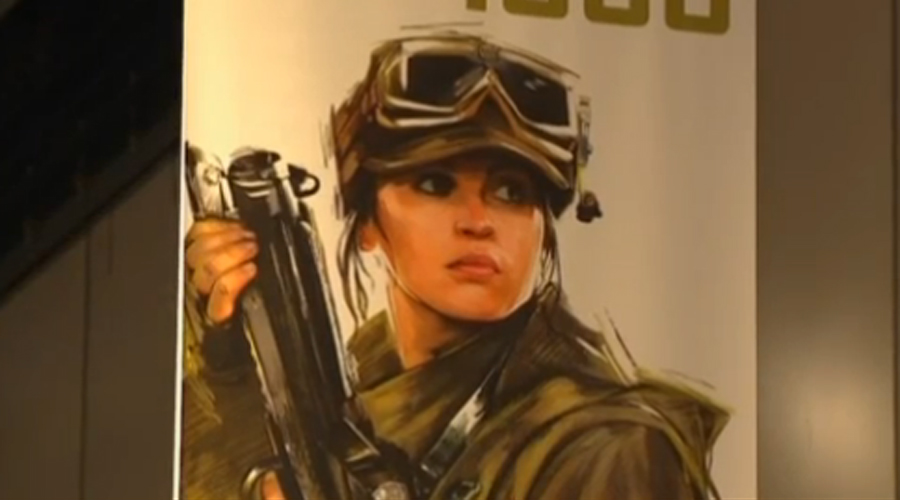 LOS ANGELES – A "Star Wars" world with a host of new characters and a new feisty female lead was unveiled at a special fan event on Friday, as the cast of the upcoming film "Rogue One" discussed the latest chapter of the much-loved franchise. British actress Felicity Jones, who follows in the heels of newcomer Daisy Ridley leading last year's "Star Wars: The Force Awakens," said her character Jyn Erso is "incredibly independent" in "Rogue One," out in theaters December 16. "She can be tough when she needs to be but she has, I hope, great humanity as well at the same time, and someone who throughout the film finds a cause and finds those leadership qualities inside of her," the actress told Reuters. Jones joined "Rogue One" cast members to kick off this year's "Star Wars Celebration" in London, which features three days of panels and events for fans. Mexican actor Diego Luna, who plays Captain Cassian Andor, said "Rogue One" was the "most grounded film" in the franchise and centered on a group of rebels fighting for freedom and to "change their reality." Forest Whitaker, who plays Saw Gerrera, said "Rogue One" director Gareth Edwards shot a "very gritty" film with handheld camera work that made it more "personal and intimate." The characters, Whitaker said, struggled with "light and darkness." Disney released a three-minute reel online on Friday of behind-the-scene "Rogue One" footage that featured action, explosions, green screen sets, new creatures and Stormtroopers wading through calm blue waters on a tropical beach. Attendees at the event were given an exclusive look at a new trailer for "Rogue One," not yet released to the public, that featured a glimpse of franchise villain Darth Vader, seen in a fan video from the event uploaded by The Daily Beast. "Star Wars" producer Kathleen Kennedy had previously said that Darth Vader would return in "Rogue One" and veteran actor James Earl Jones will reprise voicing the character. "Rogue One" is the first of three new standalone "Star Wars" films that will explore new realms and stories outside of the trilogies first set up in George Lucas' 1977 "Star Wars: Episode IV - A New Hope." Walt Disney Co resurrected "Star Wars" with a new generation of characters in December's box office hit "The Force Awakens." The saga will be continued in "Episode VIII," which wrapped filming this week and will be out in theaters December 2017. –Reuters