Roland-Jones to make England Test debut at The Oval 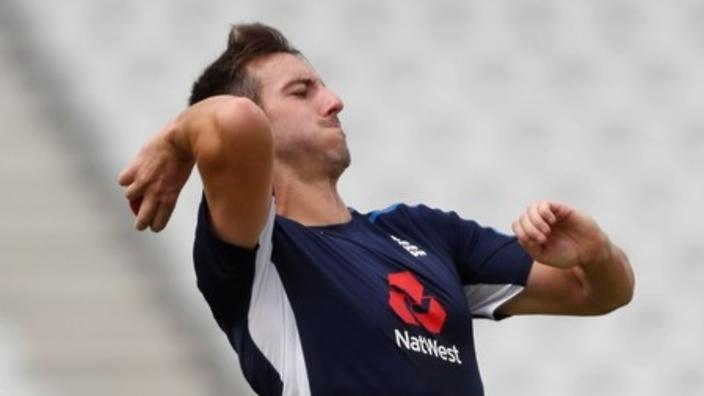 Roland-Jones to make England Test debut at The Oval

LONDON (Reuters) - Middlesex right-arm seamer Toby Roland-Jones will make his England Test debut against South Africa at The Oval on Thursday after Mark Wood was ruled out with a heel injury.

The 29-year-old has one limited overs cap for England, and captain Joe Root said Roland-Jones would be keen to take his chance in the third game of the four-match series, which is level at 1-1.

"He has been banging on the door for a while," Root said. "He looked good in the lead-up to the first two matches in practise and he's had a good couple of years. He'll be desperate to show what he can do with the red ball."

Roland-Jones's Middlesex team mate Steven Finn, whose last England test appearance was in October last year, has been called up to the squad as standby.

Another player making his test debut alongside Roland-Jones is Essex batsman Tom Westley, replacing Gary Balance, who broke his finger during the second test at Trent Bridge.

"It's great for these guys to get their opportunity, and hopefully they'll get off to a flying start," Root said.

After a convincing win in his first test as England skipper, Root's captaincy came in for criticism after England were thrashed by 340 runs in the second test, and he said the team were eager to make amends.

"The most important thing is that we learn from the experience and make sure we improve," Root said. "It's a settled dressing room that is desperate to get better and know that we are a better side than we performed last week.

"We have to bounce back strongly and it's important we put in a strong performance."

The match will be the 100th test at the Oval -- making it the fourth ground to reach that milestone after Lord's, Melbourne and Sydney.