Roof collapse leaves one dead, many injured in Lahore 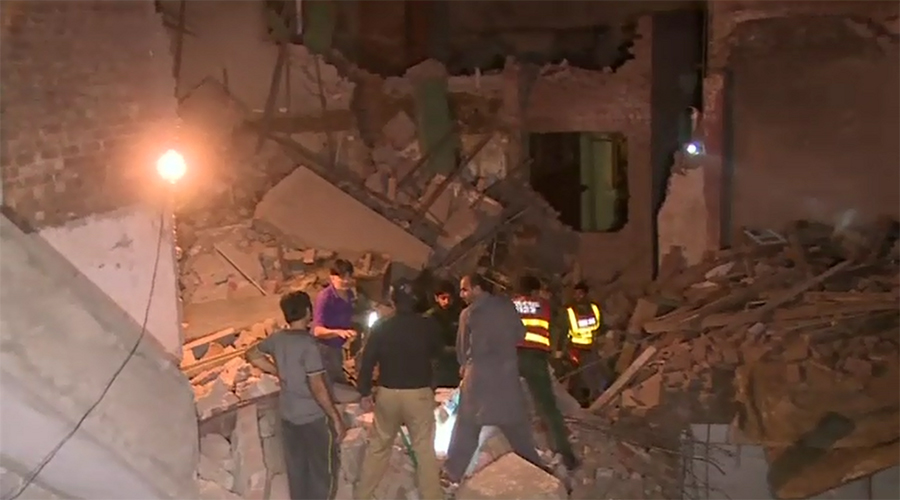 Roof collapse leaves one dead, many injured in Lahore

LAHORE (92 News) – A man was killed and many others trapped under the rubble when the roof of a house caved in in the provincial capital’s Mochi Gate area early Wednesday. The ill-fated incident occurred in Lahore’s Mochi Gate area where the roof a house collapsed, resultantly a man was killed many others trapped under the rubble. After being informed, the rescue officials reached the spot and launched in rescue operation. The rescue officials managed to retrieve body of a man and 10 injured, while two more persons are reportedly trapped under the rubble. The injured people were shifted to hospital for medical assistance.