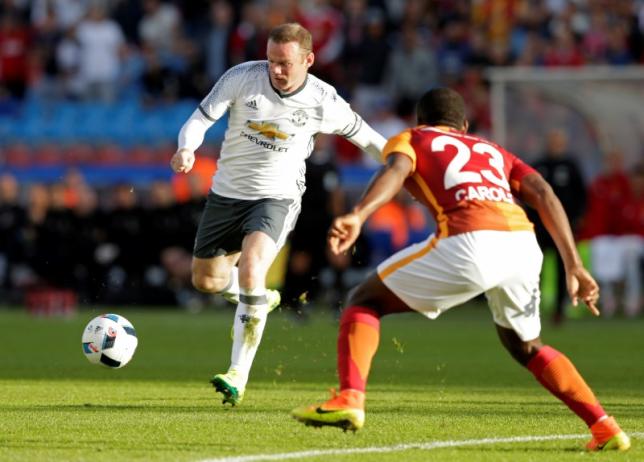 LONDON - Manchester United have been rejuvenated under new manager Jose Mourinho and are poised to mount a strong challenge for the Premier League title, skipper Wayne Rooney has said. The 30-year-old forward, who secured his fifth league title with the club the last time they won it in 2013, scored eight top flight goals last season as United finished fifth and failed to qualify for the Champions League. The 20-times English title winners have already signed striker Zlatan Ibrahimovic, midfielder Henrikh Mkhityaran and defender Eric Bailly and according to local media reports, have been negotiating with Juventus over the transfer of Paul Pogba. "I think the players feel this is more like the old Manchester United. It's not just the new signings, we've got Anthony Martial and Marcus Rashford from last season who made such an impact," Rooney told the Daily Mail in an interview. Rooney, who will line up against boyhood club Everton in his testimonial at Old Trafford on Wednesday, also hopes United can secure the annual Community Shield against English champions Leicester City at Wembley on Sunday. "We're in a very good spot now, we think we can challenge for the Premier League, and we want to put a marker down, in the Community Shield with Leicester," Rooney added. "I know it's a one-off game, but we want to show we can win a trophy early on... we feel that's an important event for us." United, who thrashed Turkish side Galatasaray 5-2 in a friendly on Saturday, open their league campaign with a trip to Bournemouth on Aug. 14. -Reuters