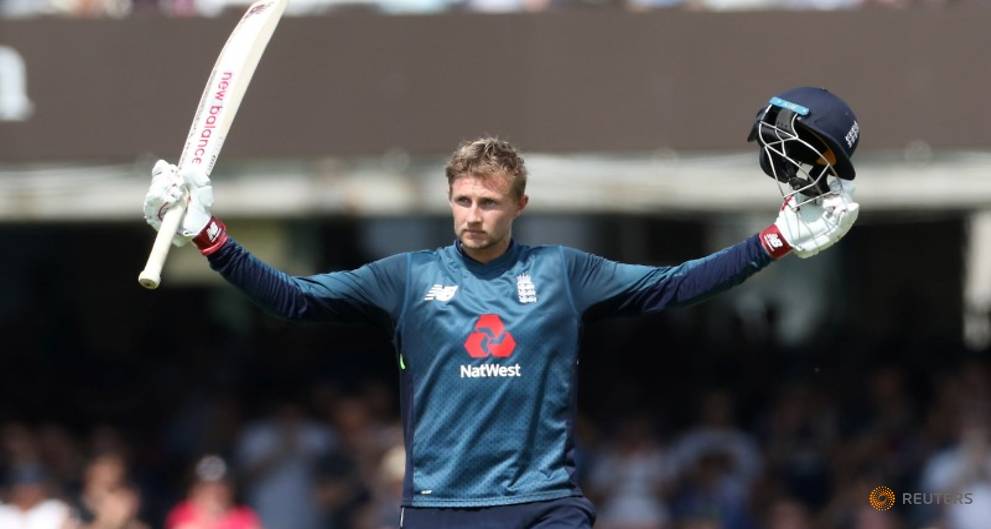 LONDON (Reuters) - Joe Root struck a fluent 113 as England crushed India by 86 runs in the second one-day international at Lord’s to level the three-match series at 1-1. Chasing a stiff victory target of 323, the touring side struggled after getting off to a decent start in sunny conditions and kept losing wickets at regular intervals. India’s top three batsmen, Rohit Sharma, Shikhar Dhawan and Virat Kohli, failed to go on to big scores after laying solid platforms, putting pressure on the middle order. A brief glimmer of hope came as Kohli and Suresh Raina shared an 80-run partnership for the fourth wicket but England spinner Moeen Ali trapped captain Kohli lbw to dash Indian hopes. Former skipper MS Dhoni then played a curious innings, making 37 off 59 balls as the run rate required soared and India’s chase became increasingly hopeless. Electing to bat first, England made a quick start with Jason Roy (40) and Jonny Bairstow (38) sharing a busy opening stand of 69 in under 11 overs. The introduction of Kuldeep Yadav, who bamboozled England with six wickets in the first one-dayer, brought the departure of both openers in quick succession playing the same sweep stroke against the slow left-arm Chinaman bowler. But Root, returning to form after a lean run in white-ball cricket, and Eoin Morgan (53) joined forces to steady the ship in a century partnership for the third wicket. The India slow bowlers chipped away at the middle order, Yadav leading the charge with three wickets, but big hitting by David Willey, who scored an unbeaten 50 off 31 balls, pushed England past the 300 mark. The sides meet in the third and final one-day match in Leeds on Tuesday before a five-Test series starting on Aug. 1.