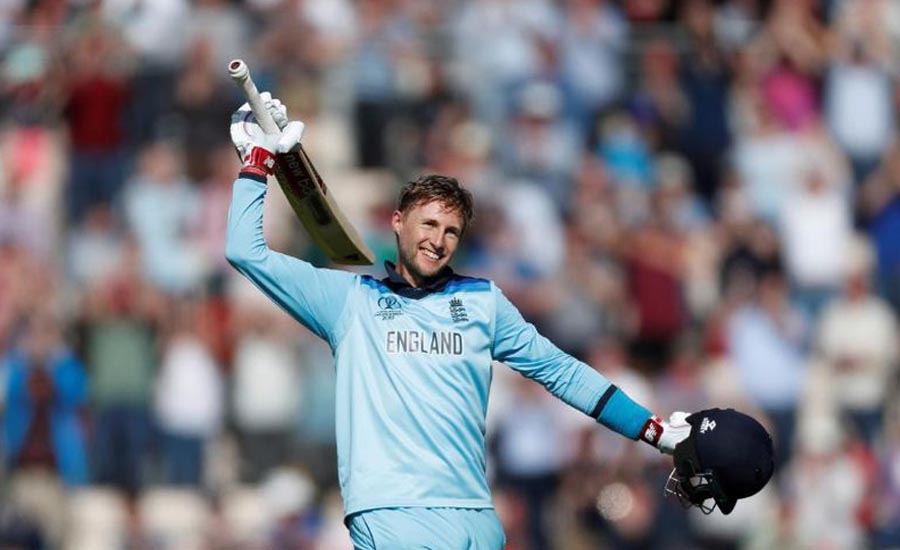 SOUTHAMPTON, England (Reuters) - Joe Root’s classy unbeaten century led England to a comprehensive eight-wicket victory over West Indies in a one-sided Cricket World Cup match in Southampton on Friday. Jofra Archer and Mark Wood took three wickets apiece as England bowled the Windies out for a modest 212 after winning the toss, and Root’s 100 not out took the hosts and tournament favourites to their target with more than 16 overs to spare. England’s third win in four matches lifted them to second in the 10-team standings while West Indies are sixth following their second loss. “It’s obviously nice for this hundred to mean something and for us to win. It was a great toss to win and important we followed through on that,” said man-of-the-match Root, who also took two key wickets. “You pride yourself on working it out as a batsman, building big partnerships either when setting or closing down a chase like we did today. It was a really good team effort and performance.” England made a fast start when Chris Woakes dismissed Evin Lewis for two before Wood dropped destructive West Indies opener Chris Gayle. The error did not prove too costly, however, as Gayle fell to Liam Plunkett for 36 and Shai Hope was trapped lbw by Wood for 11 to leave West Indies in trouble at 55-3. Nicholas Pooran and Shimron Hetmyer shared a fluent fourth-wicket partnership of 89, but Hetmyer was caught and bowled by Root for 39 and the part-time spinner soon dismissed Windies captain Jason Holder in identical fashion.

Pooran was caught by wicketkeeper Jos Buttler off Archer and the West Indies-born pace bowler also sent back Carlos Brathwaite and Sheldon Cottrell before Wood bowled Shannon Gabriel to end the innings. The only downside for England were injuries to captain Eoin Morgan and opening batsman Jason Roy which forced them to leave the field and forced changes in the batting order. Root moved up to open with Jonny Bairstow and the pair shared a fluent partnership of 95 which ended when Bairstow, on 45, sliced Gabriel to third man. Woakes, promoted to number three, batted positively, however, and he and Root peppered the boundaries in a second-wicket stand of 104. Woakes was caught in the deep for 40 but Root completed his second century of the tournament and his 16th in one-day internationals before Ben Stokes ended the match with another four. Morgan was struck down by a back spasm and Roy sustained a hamstring injury which will be assessed ahead of England’s next game against Afghanistan on Tuesday. “I’m a bit stiff and sore, had a bit of a back spasm which hasn’t settled down yet,” Morgan said. “I get them two or three times a year and unfortunately it’s come now, hopefully it settles down in the next 48 hours. Jason Roy had a stiff hammy but hopefully we don’t present serious injuries.”