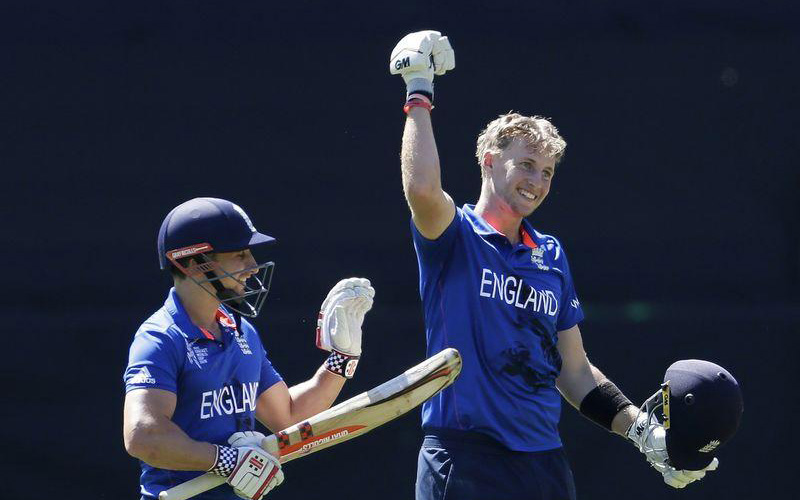 WELLINGTON (Reuters) - Joe Root anchored England's 309 for six with his fourth one-day international century in their World Cup Pool A clash with Sri Lanka at Wellington Regional Stadium on Sunday. The 24-year-old, who top-scored with 46 in England's humiliating eight-wicket loss at the same ground to New Zealand on Feb. 20, produced his highest one-day score of 121 before he was trapped in front by Rangana Herath in the 47th over. He was also involved in a 60-run partnership with captain Eoin Morgan (27) and a stand of 98 with James Taylor (25). He took control of England's innings after Morgan, who had won the toss and chosen to bat, was dismissed just three balls short of the batting power-play. Taylor and Root however, ensured England did not lose too much momentum and that Sri Lanka would face a daunting victory target. The highest successful run chase at the ground is the 254-4 achieved by South Africa against New Zealand in February 2012. Ian Bell and Moeen Ali got England off to a flying start as they raced to 50 in the seventh over but the introduction of slower bowlers by Mathews clamped down the scoring rate. Bell had his share of luck and was dropped at least three times, twice in the covers in one over from Suranga Lakmal, before he chopped a Lakmal delivery on to be third out at 49, reducing England to 101 for three with 30 overs remaining. England's middle order took over, however, with Root, Morgan and Taylor batting sensibly by rotating the strike before Root and Taylor fell in the final five overs. Wicketkeeper Jos Buttler (39 not out) and Chris Woakes (nine) pushed the total past 300.