Ross Taylor gets to career-best No 3 among ODI batsmen 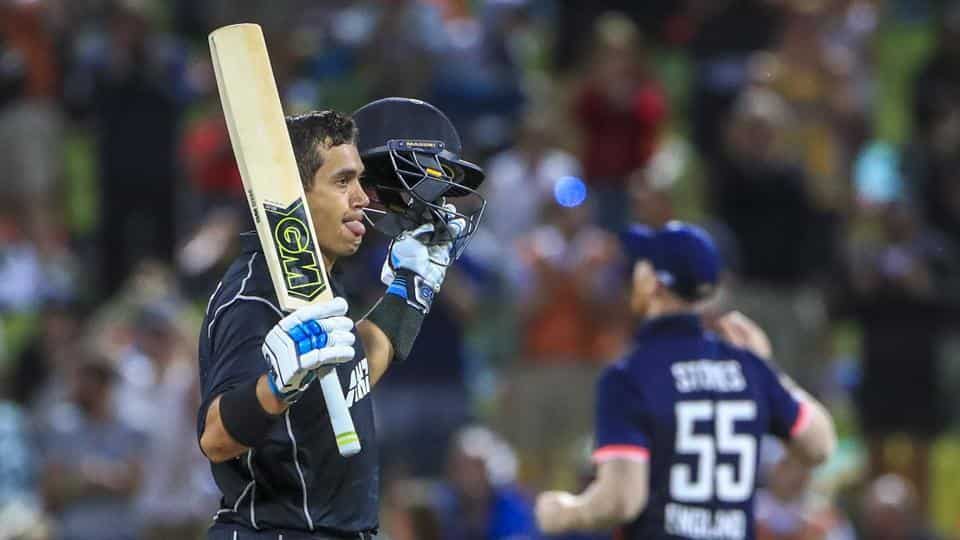 Ross Taylor gets to career-best No 3 among ODI batsmen

DUBAI (92 News) - The 80 and 86* he scored in two one-day internationals against Pakistan have lifted Ross Taylor to a career-best No 3 in the list for ODI batsmen.

Taylor had a fine time in Abu Dhabi, scoring 80 in the first ODI win, and then 86* in the defeat in the second game as the series ended 1-1 following the abandonment in Dubai in the third game. That took Taylor past Joe Root and Babar Azam to No.3 in the MRF Tyres ICC Men’s ODI Player Rankings for batsmen, only behind the Indian duo of Virat Kohli and Rohit Sharma. More changes within the top 10 of batsmen following the completion of the series between Australia and South Africa and Pakistan and New Zealand included Faf du Plessis moving up three spots to No 7 and both Kane Williamson and Quinton de Kock dropping two spots, but still staying in the top 10 – Williamson at No 9 and de Kock at No 10. Just below them, moving up six spots to No.11, is Fakhar Zaman, the Pakistan opener who hit 1, 88 and 65 in the three ODIs against New Zealand. It's a career-high position for him too. Other gainers included David Miller, whose 51 and 139 in the second and third ODIs catapulted him 11 spots to 31st position, Marcus Stoinis, who scored 63 in the last game to move up three positions to No.49, and Shaun Marsh, who hit a fighting 106 in the last ODI and moved up 18 places to 62nd spot. No such luck for Australia captain Aaron Finch, who had a poor series – 5, 41 and 11 – and dropped two places to November 17. On to the bowlers now, and Kagiso Rabada is now in the top five, at No 4, after picking up seven wickets in the series in Australia. Imran Tahir has dropped out of the top 10, but moving up are Shadab Khan (up 16 spots to No.24), Lockie Ferguson (up 31 spots to No 42) and Lungi Ngidi (up 19 spots to No.43). Coming into the reckoning after picking up five wickets in two ODIs in Australia was also Dwaine Pretorius, who jumped 20 places to No 55, joint with Afghanistan’s Dawlat Zadran, while Shaheen Shah Afridi, the 18-year-old who picked up nine wickets in the series against New Zealand, gained a remarkable 66 spots to get to No. 18, just outside the top 100. Among all-rounders, Mohammad Hafeez, who made big gains in the Twenty20 International charts too, swapped positions with New Zealand’s Mitchell Santner, getting to No 4.