Rossi on pole for home Italian Grand Prix at Mugello 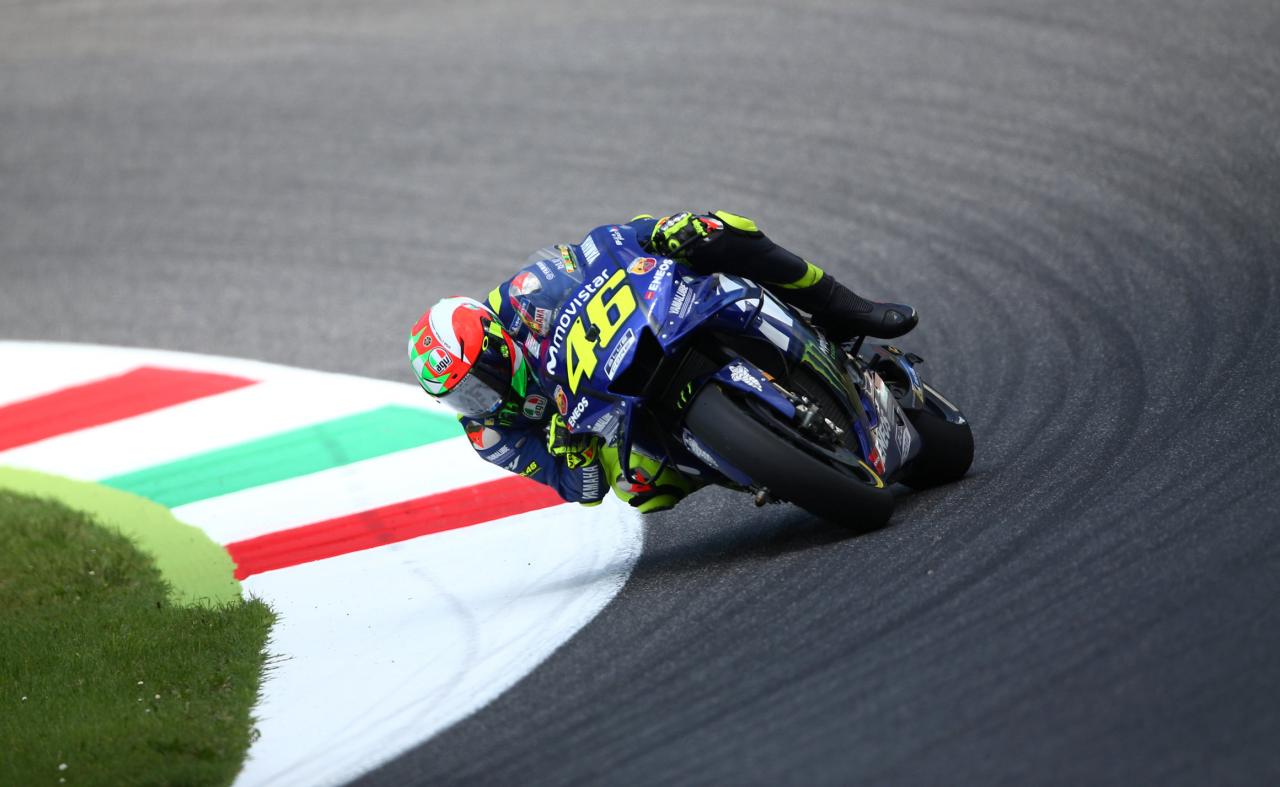 Rossi on pole for home Italian Grand Prix at Mugello

SCARPERIA, Italy (Reuters) - Yamaha’s Valentino Rossi delighted his home Italian Grand Prix crowd on Saturday with his first MotoGP pole position since 2016, and at the age of 39.
The nine times world champion celebrated his 55th pole in the top category with a record lap of one minute 46.208 seconds around one of his favourite tracks, scenic Mugello north of Florence. Spaniard Jorge Lorenzo, Rossi’s former team mate, was second fastest for Ducati with a lap 0.035 seconds slower. Rossi’s Spanish team mate Maverick Vinales completed the front row, with championship leader Marc Marquez qualifying sixth for Honda. Four Italians qualified in the top seven with Andrea Iannone fourth for Suzuki, Danilo Petrucci fifth on a Pramac Ducati and Lorenzo’s team mate Andrea Dovizioso, last year’s winner at Mugello, seventh. Rossi’s pole, his first since Japan in October 2016, came at the end of a session that saw the track record repeatedly broken. The Italian, who can become the first rider to score 5,000 career points in MotoGP on Sunday with a current tally of 4,989, won at Mugello for seven years in a row between 2002 and 2008. Marquez leads Vinales by 36 points in the standings.