Rotten eggs, not democracy, should be expelled from political parties: Asif Zardari 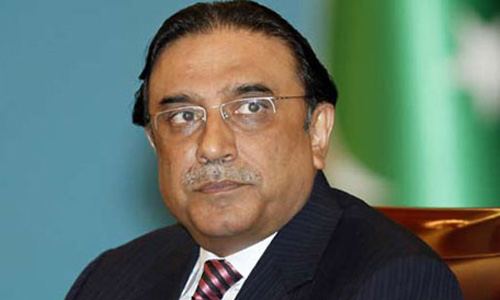 Rotten eggs, not democracy, should be expelled from political parties: Asif Zardari

KARACHI (92 News) – Pakistan People’s Party (PPP) co-chairman Asif Ali Zardari has said that rotten eggs, not democracy, should be expelled from political parties. Addressing a press conference with his daughter Bakhtawar Bhutto at Bilawal House on Thursday, he said that Pakistan has to decide on the Yemen situation after deliberation. He declared Bilawal Bhutto immature and he needs more training. The PPP co-chairman said that he has several complaints with Nawaz Sharif. “The rulers become hostage at the hands of the Babu mafia. They forget that others areas except Islamabad are also part of Pakistan,” he said. “I have been watching the national and international situation in responsible capacity since 1988. The government should benefit from my experience.” He said that there rotten eggs exist in every political party, including the PPP and the MQM. Asif Zardari asked the PTI to play its role in parliament to strengthen democracy.