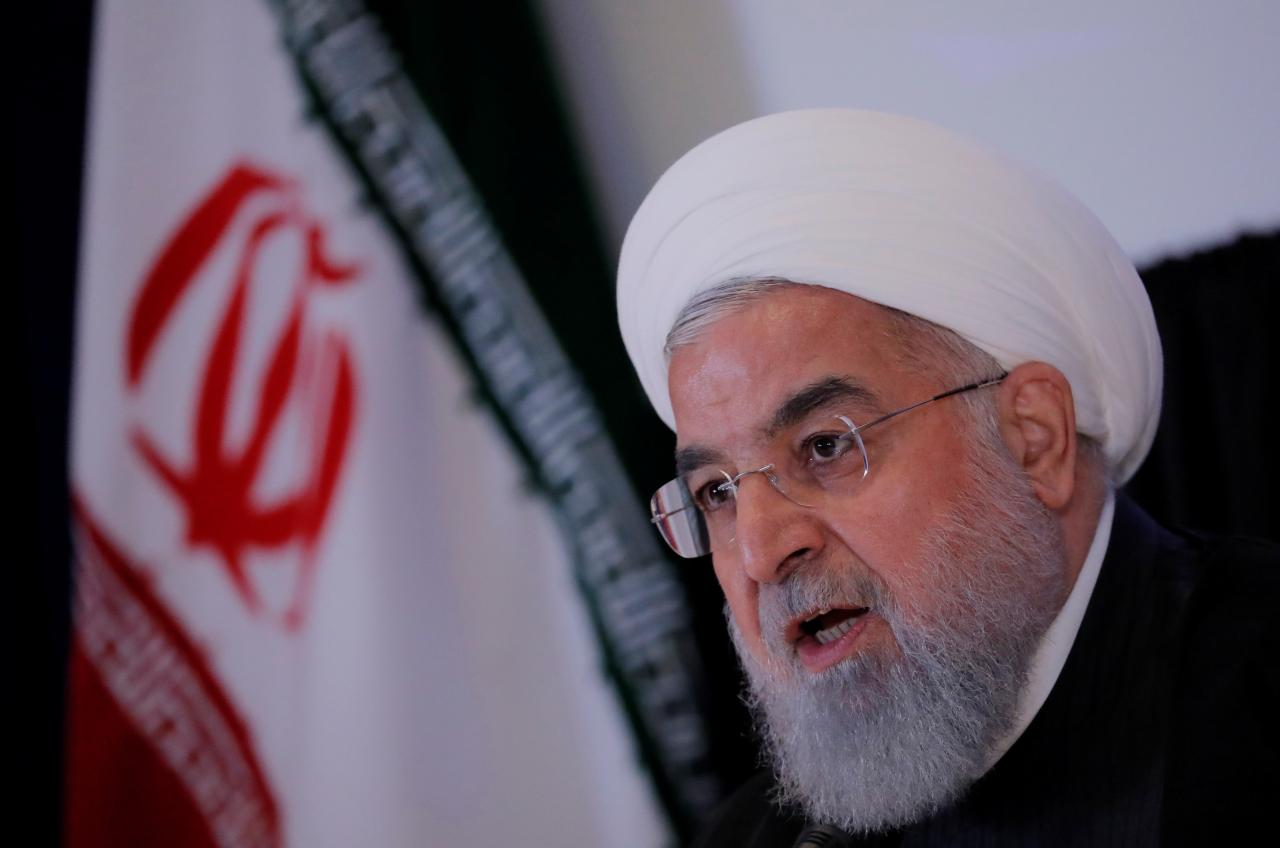 DUBAI (Reuters) - Iran will sell its oil and break sanctions reimposed by the United States on its vital energy and banking sectors, Iranian President Hassan Rouhani told economists at a meeting broadcast live on state television on Monday. “America wanted to cut to zero Iran’s oil sales but we will continue to sell our oil  to break sanctions,” Rouhani said. The United States said it will temporarily allow eight importers to keep buying Iranian oil when it re-imposes sanctions on Monday aimed at forcing Tehran to curb its nuclear, missile and regional activities. China, India, South Korea, Japan and Turkey - all top importers of Iranian oil - are among eight countries expected to be given temporary exemptions from the sanctions to ensure crude oil prices are not destabilised. The restoration of sanctions is part of a wider effort by US President Donald Trump to force Iran to curb its nuclear and missile programs as well as its support for proxy forces in Yemen, Syria, Lebanon and other parts of the Middle East. “Today the enemy (the United States) is targeting our economy  the main target of sanctions is our people,” Rouhani said. In May, Trump exited Iran’s 2015 nuclear deal with six powers and Washington reimposed first round of sanctions on Iran in August. The deal saw most international financial and economic sanctions on Iran lifted in return for Tehran curbing its disputed nuclear activity under UN surveillance. US Secretary of State Mike Pompeo said on Sunday the penalties set to return on Monday “are the toughest sanctions ever put in place on the Islamic Republic of Iran.” However, Iran’s clerical rulers have dismissed concerns about the impact of sanctions on the country’s economy. “This is an economic war against Iran but  America should learn that it can not use the language of force against Iran. We are prepared to resist any pressure,” Rouhani said. To keep the deal alive, the remaining parties to the Iran nuclear deal are trying to maintain trade with Tehran despite scepticism this is possible despite US sanctions to choke off Iranian oil sales.