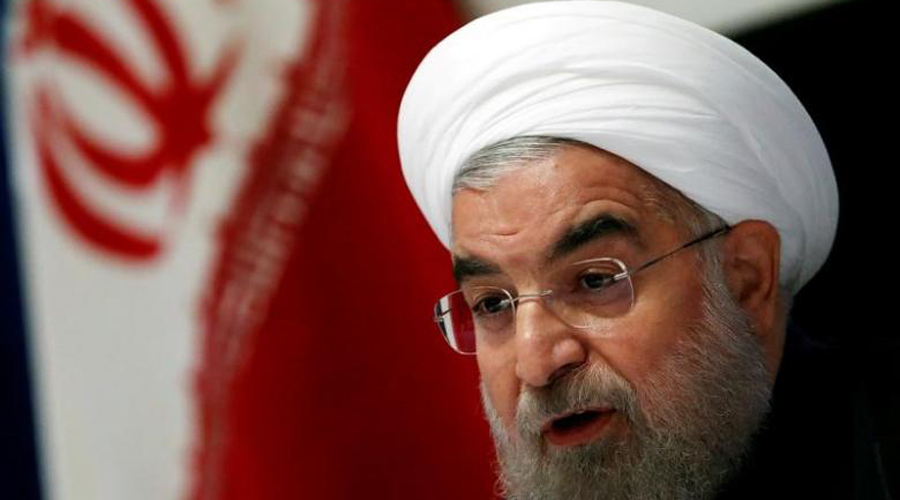 BEIRUT – Iran's President Hassan Rouhani said on Tuesday he would not let U.S. President-elect Donald Trump rip up a global nuclear deal, warning of unspecified repercussions if Washington reneges on the agreement. Trump had said during campaigns for the White House that he would scrap Iran's pact with world powers - under which Tehran agreed to curb its nuclear program in return for lifted sanctions - describing it as "the worst deal ever negotiated". "[Trump] wants to do many things, but none of his actions would affect us," Rouhani said in a speech at University of Tehran broadcast live on state television. "Do you think the he can rip up the JCPOA (Joint Comprehensive Plan of Action nuclear deal)? Do you think we and our nation will let him do that?" Analysts have said Trump's comments could signal a harder U.S. line on Iran, a development that could in turn empower hardliners on Iran's political scene, including rivals of Rouhani. Iran's Supreme Leader, Ayatollah Ali Khamenei, warned against any changes to the nuclear deal after Trump's comments in June, and said last month that an extension of a U.S. sanction regime would be viewed as a violation of the accord. Rouhani echoed Khamenei's comments on the U.S. Congress decision last month to pass legislation to extend the Iran Sanctions Act (ISA) for 10 years to make it easier for Washington to reimpose sanctions if Tehran contravenes the nuclear deal. U.S. President Barack Obama still needs to sign the legislation. "There is no doubt that the United States is our enemy," said Rouhani, who is expected to stand again in Iran's own presidential elections in 2017. "If Obama signs ISA but uses waiver rights to cease its implementation, it still infringes the nuclear agreement and we will react to it." Rouhani said he will attend the meeting of an experts committee on Wednesday to decide on Iran's reaction to what he called the U.S. violation. –Reuters