ISLAMABAD (92 News) – After winning the hearts of Pakistanis, British Prince William and his wife Kate Middleton on Friday left for the United Kingdom after completing a five-day visit of Pakistan. It is pertinent to mention here that the royal couple visited Pakistan as the first royal visit to the country in more than a decade. They were seen off at the Nur Khan airbase by British High Commissioner Thomas Drew and other officials.

Earlier in the day, a plane carrying the British royal couple had safely landed in Islamabad, hours after two failed landing attempts in bad weather forced them to fly back to Lahore. The duke and duchess of Cambridge ended up staying the night at a hotel in Lahore before finally flying back to Islamabad on Friday morning, according to British royal correspondents on board their plane. There has been no statement yet from Kensington Palace on Thursday's mid-air drama, which reportedly saw the Royal Air Force pilot circle for at least an hour during a fierce thunderstorm that hit Islamabad, before finally abandoning the attempt and returning to Lahore. The delay meant the Duke and Duchess of Cambridge had to reschedule their engagements for today, the last day of their five-day tour. According to Britain's Press Association, William and Kate were due to fly over the Khyber Pass bordering Afghanistan in an engagement on Friday, but a "pretty bad storm" saw their flight turn back on Thursday evening. The royal couple's visit to the Khyber Pass has been called off due to lack of time. According to Reuters, couple will visit an army canine training school in Islamabad before departing later in the day. On the third day of their trip, the royals paid a visit to Chitral district to observe the effect of climate change in the region. 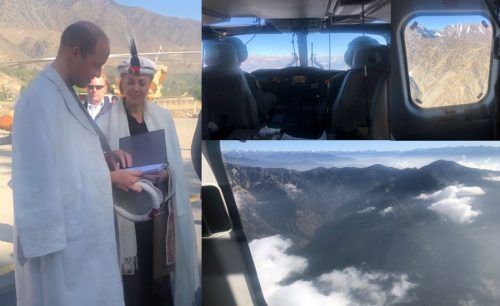 During the visit, the couple flew to the Baroghil Valley National Park in the extreme north and the Bumburate Valley in the south where they mingled with the Kalasha community. On their arrival on a day-long visit to Lahore, Punjab Governor Chaudhry Muhammad Sarwar, Chief Minister Sardar Usman Buzdar and other high dignitaries warmly welcomed them at Lahore Airport. Later, the royal couple visited SOS Village in Lahore where administration of the organization briefed them about various aspects of the Village. 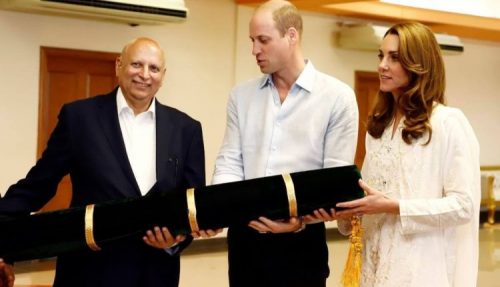 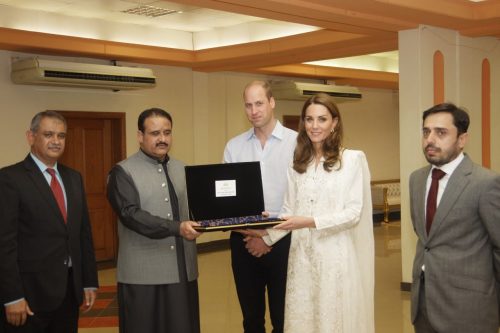 The Royal pair also held a brief meeting with Governor Sarwar and CM Buzdar in the airport lounge. Britain’s Prince William and his wife Kate joined locals in a cricket match in the Pakistani city of Lahore before a trip to a cancer hospital that his mother, Princess Diana, visited a year before her death. Punjab Chief Minister Sardar Usman Buzdar and Governor Ch Sarwar welcomed the royal couple at Lahore airport. Bouquets and gifts were presented to the royal couple. Prince William was given a gift of olive cane and painting, while Princes Kate was given a shawl and other gifts. The couple visited SOS Village and cut a cake with the orphan. Kate and William then took part in a cricket match including former captains of the Pakistan men and women’s teams, Azhar Ali and Sana Mir. Pakistan’s bowling coach Waqar Younis, also a former men’s captain, umpired the match. 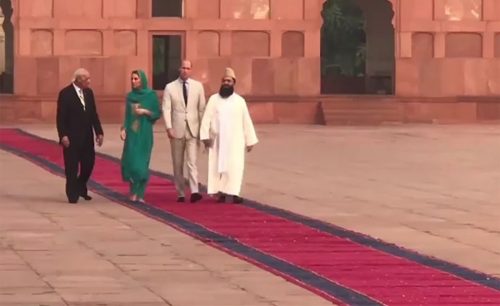 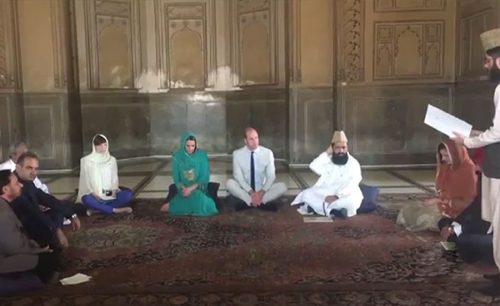 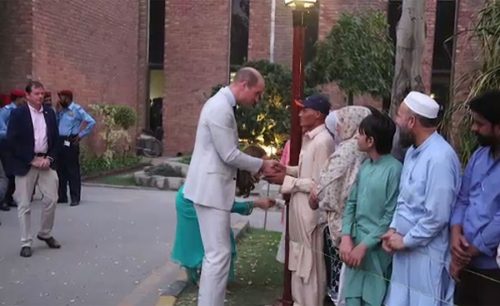