Rs5.5 trillion set for next budget to be achieved by PTI led govt: Omer Ayub 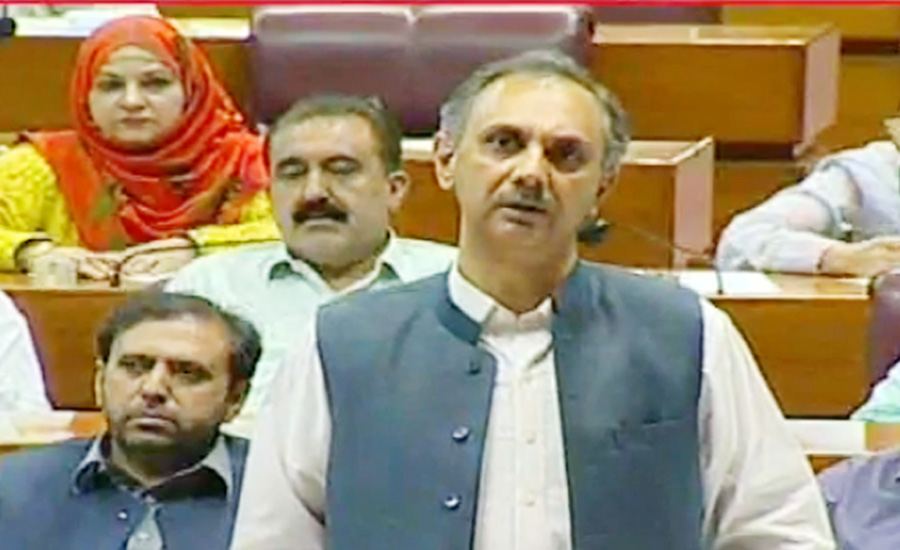 Rs5.5 trillion set for next budget to be achieved by PTI led govt: Omer Ayub

ISLAMABAD (92 News ) – Minister for Power Omer Ayub on Wednesday emphatically stated that the revenue target of 5.5 trillion rupees set for the next fiscal year will be achieved by the PTI led government. Making an opening speech on the budget from treasury benches, the power minister expressed hope that they would achieve the target of 5.5 trillion rupees in upcoming budget and will make better system. Omer Ayub also mentioned that the criminal negligence was committed against Pakistan’s economy in the past. He maintained that the Pakistan Peoples’ party (PPP) and the Pakistan Muslim League-N (PML-N) in their ten year rule indebted the country of Rs24 thousand billion. “Pakistan has to pay a debt of Rs30,000 billion as the previous government took loans worth Rs30,846 billion and Rs24,000 billion were taken in ten years,” he said. “The government will pay debt of Rs3,000 billion this year and will collect revenue of Rs5,500 billion. Ratio of currency printing was increased hundred percent from 2013 to 2018.” “We have paid three thousand billion rupees this year only as an interest on the loans taken in the past,” he added.

A parliamentary delegation of Iran also witnessed proceedings of the house. Both the treasury and opposition benches welcomed the delegation by thumping of desks.