Ruckus in NA as Vawda accuses PML-N of water theft 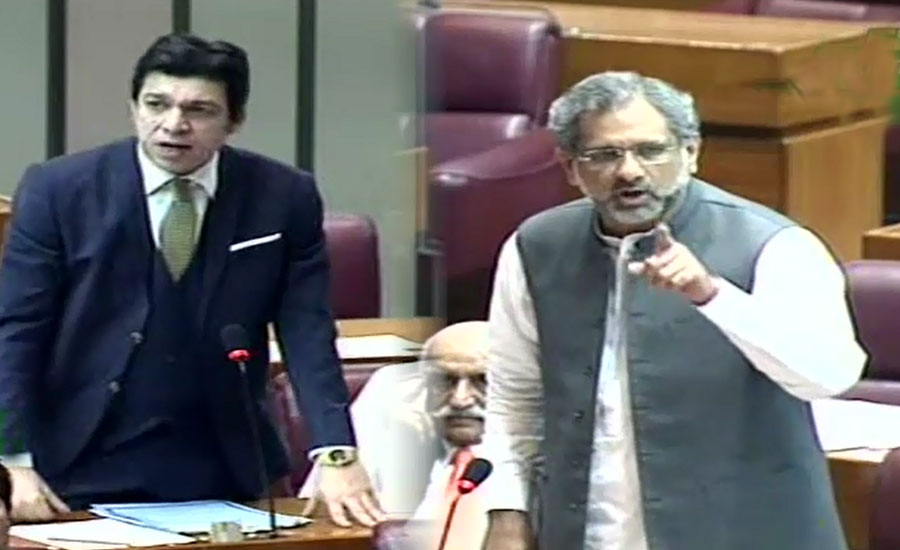 Ruckus in NA as Vawda accuses PML-N of water theft

ISLAMABAD (92 News) – Federal Minister for Water Resources Faisal Vawda and former prime minister Shahid Khaqan Abbasi exchanged harsh words on the water crisis during a National Assembly session on Wednesday. Speaking to floor of the house, the minister alleged that the previous government led by Nawaz stole water from Sindh. “Nawaz robbed another province of its rights,” he added. Triggering response to the minister, Shahid Khaqan Abbasi said, “The federal minister’s allegations that water was stolen from Sindh and Balochistan for Punjab are serious. A parliamentary committee should be formed to probe into the allegations.” To this, Faisal Vawda said, “I did not mention the name of Punjab and there is no need for a parliamentary committee. I will present a report on this in the House myself.” He further alleged that the PML-N government stole massively from every department. Responding to the statement of the water resources minister – Abbasi said – “If you call us thieves then I will call you and your father a thief.” To reply, Vawda also said, “Abbasi threatened me of calling my father as thief if I use any indecent word.” He also told assembly that the Sharif family including father, daughter, sons and son-in-law all are facing corruption trials. Earlier before, Faisal Vawda claimed that Shahid Khaqan Abbasi involved in the water theft, adding that the previous government closed telemeters as the measurement tools of water. He also mentioned that he knew about the thieves and the crackdown would be launched against them. The debate further intensified as PTI’s Murad Saeed took to the floor and said, “Everyone knows who has been declared a certified thief.” Muead Saeed further said, “Those who looted the country and those who destroyed institutions will be held accountable, stop us if you can.” Further, he demanded to draft a law to publicly execute those who looted the country.