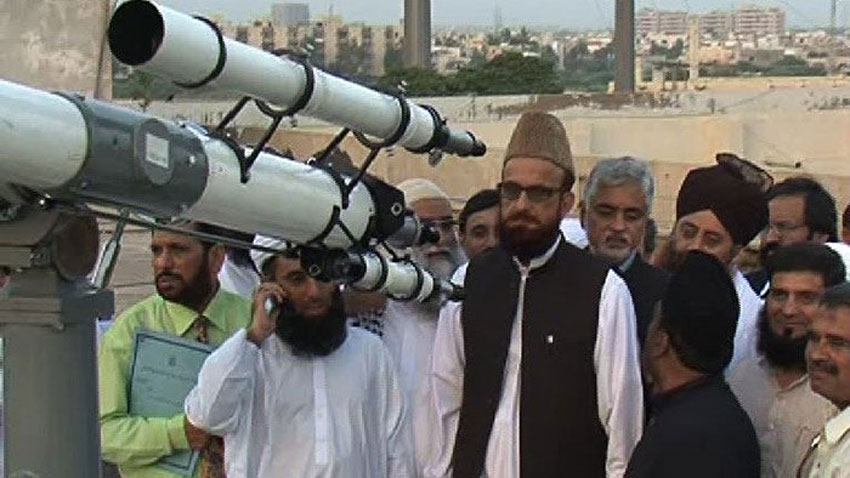 KARACHI (92 News) – A meeting of Central Ruet-e-Hilal Committee chaired by Mufti Munib-ur-Rehman will be held in Karachi on Friday for sighting of the moon of Zul-Hijja. The meeting will be held at Met Complex in Karachi after Asar prayers. Zonal Ruet-e-Hilal Committees would also meet in Lahore, Quetta and Peshawar, while the district bodies will meet at their respective headquarters on the day. The meeting of Islamabad Capital Territory (ICT) committee would be held at Ministry of Religious Affairs, near General Post Office (GPO) Islamabad. Ruet-e-Hilal Committee Chairman Mufti Munibur Rehman would announce the decision of crescent sighting or otherwise subsequently on the basis of information received. Pakistan Meteorological Department (PMD) had earlier predicted sighting of crescent of Zil Hajj 1440 AH on August 02 evening, as the moon will born on August 1 at 8:12 am. A PMD spokesperson said the Met experts have high expectations for crescent sighting on August 02 despite the weather will be partly cloudy in most parts of the country. The age of moon would be 35 hours and 29 minutes while it will be sighted during visibility window of 53 minutes after the sunset on the day. Millions of Muslims perform Hajj pilgrimage at Makkah in Kingdom of Saudi Arabia.

The federal government has announced four public holidays on Eidul Adha, according to a notification issued by Interior Ministry. The notification for public holidays was issued here on Wednesday. Eidul Adha, also known as the Feast of Sacrifice, is one of two Eid festivals celebrated by Muslims to commemorate Prophet Ibrahim’s willingness to sacrifice his son to the God. Traditionally marked by the slaughter of animals, whose meat is shared with family members and the poor. The faithful slaughter their sacrificial animals in remembrance of the tradition of Prophet Ibrahim, which continues for three days of Eid.