Rulers are ‘mafias’ not politicians: Imran 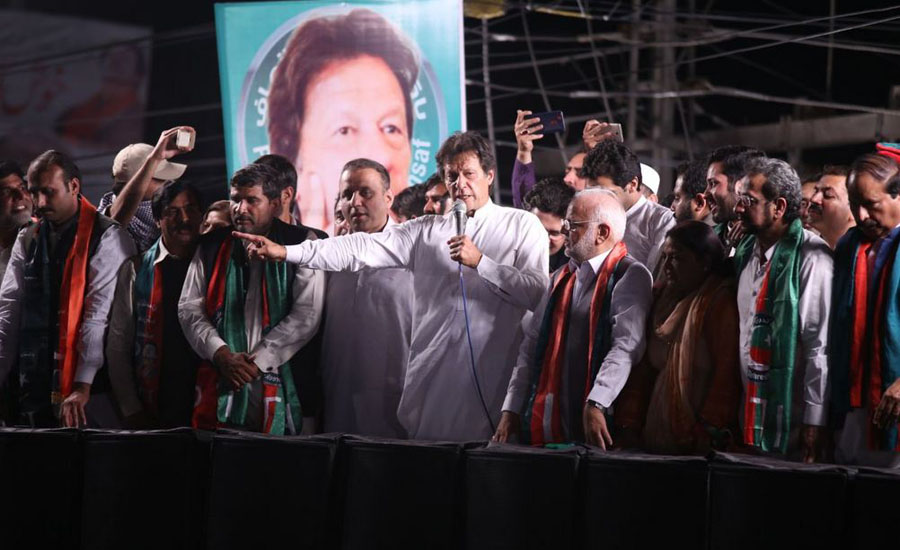 Rulers are ‘mafias’ not politicians: Imran

LAHORE (92 News) – Pakistan Tehreek-e-Insaf (PTI) chairman Imran Khan on Sunday announced to make anti-Pakistan Peoples’ Party (PPP) alliance in Sindh. Addressing the people in connection with his party’s membership campaign in Lahore, referring to Nawaz Sharif and Shahbaz Sharif, he said that the time of godfather and chota don's ouster has come. “I will tell on April 29 why Nawaz was disqualified during his rally at Minar-e-Pakistan, he said. Taking a jibe at Nawaz Sharif, the PTI chairman said that the PML-N Quaid would not be able see Khyber Pakhtunkhwa’s development as the development was on the ground and not only in advertisements. He said that the rulers were ‘mafias’ and not politicians. Khan once again claimed of winning the 2018 general elections. On the other hand, people from all ages gave a red carpet welcome to their beloved Imran Khan.