Rumpus in Senate as Fawad Ch levels allegations against Mushahidullah 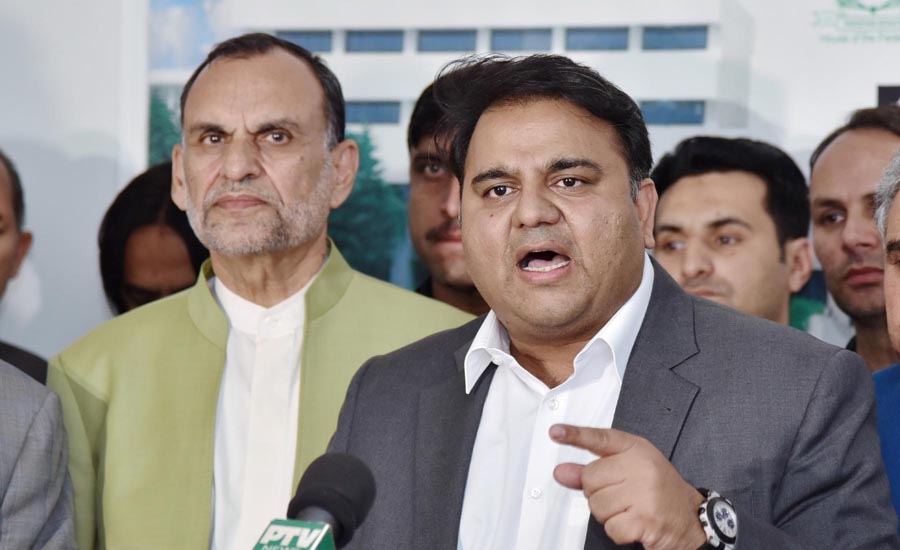 Rumpus in Senate as Fawad Ch levels allegations against Mushahidullah

ISLAMABAD (92 News) – The Senate session witnessed a little rumpus over the allegations leveled by Federal Minister for Information and Broadcasting Fawad Ch against PML-N Senator Mushahidullah Khan. Owing to the hullabaloo, Senate Chairman Sadiq Sanjrani had to postpone the session for some time. After the resumption of the session, Fawad Ch apologized to Mushahidullah over his remarks in the National Assembly. Later, he again started talking in the same fashion. The Senate chairman stopped Fawad Ch from uttering such words, saying that he wants to reiterate the same word for which he had to apologize. Fawad Ch said that what he should about a thief if he cannot say him the thief. At this, the Senate chairman shut his mike down and ordered him to leave the House. Fawad Ch said that he had brought some proofs about the words uttered by him in the National Assembly. Meanwhile, Mushahidullah continued to speak in the House. Later, the session was postponed until 10:30pm on Friday. Talking to the media outside the Senate, Fawad Ch said that Mushahidullah was a loader in the PIA. “The PTI has gained the vote to hold the corrupt accountable, not to reach a compromise,” he added. He said that hundreds of people were recruited into the PIA on the recommendation of Mushahidullah. “Pakistan Steel Mills is facing a loss of Rs two billion, while Radio Pakistan is spending over Rs five billion annually,” he said.