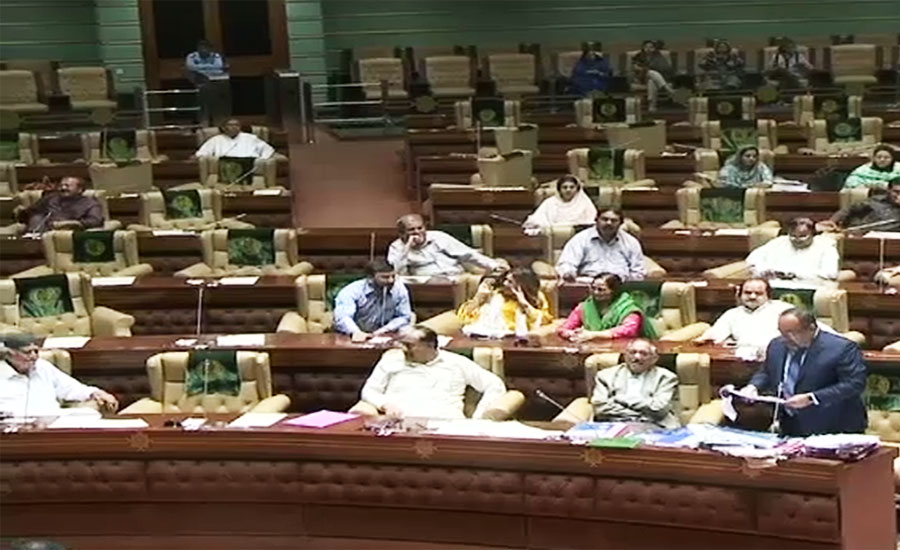 KARACHI (92 News) – Rumpus again marred the Sindh Assembly session after the MQM and government members exchanged hot words during the speech of Opposition Leader Khawaja Izhar on Monday. Both – the MQM and the PPP members – hurled threats to each other. PPP’s Sharjeel Memon also criticized Khawaja Izhar. The opposition leader asked Sharjeel Memon to keep his voice low. He said that after ghost employees, there are ghost projects and buses in Sindh. “Some people are under the influence of Nusrat Seher phobia.” He said that whether the PPP was running the government or a daycare centre. Discussing the budget, Khawaja Izhar said that 92 percent Sindhis pay taxes, while the government is doling out Rs 800 million among its favourites. “The rulers spending Rs 1,500 billion cannot give a single cusec of water. Hundreds of schemes lying pending since 2012 could not be started,” he said. The House also discussed the shoe of Nusrat Seher. “Nusrat Seher might be in need of a new shoe and for this reason, she is showing her size,” he said.