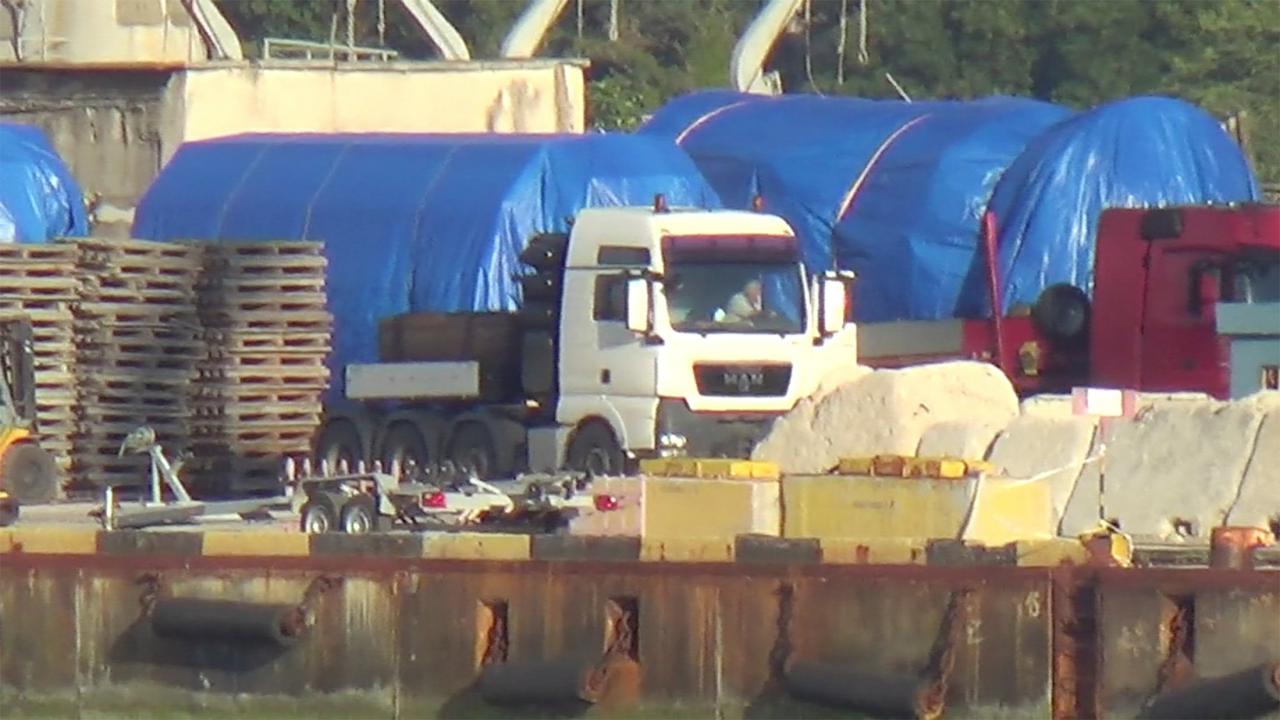 FEODOSIA - Two more gas turbines appear to have been delivered to Russian-controlled Crimea, according to two Reuters reporters who saw the equipment at the port of Feodosia, potentially deepening a row over sanctions compliance in which Germany's Siemens has become embroiled.

Reuters has no independent confirmation the equipment on the dock was Siemens-made turbines. It comprised four cylindrical objects, several metres long, and covered with blue and grey tarpaulins.

Their dimensions and shape match publicly-available photographs of Siemens gas turbine systems, which each consist of two major components: the turbine itself and a generator.

Siemens said earlier this week that at least two of a total of four turbines it sold to Russian state firm Technopromexport had been delivered to Crimea against its wishes and without its knowledge. Russia seized the region from Ukraine in 2014 and it is now subject to European sanctions on energy technology.

The German company filed a lawsuit against Technopromexport in Moscow on Tuesday requiring it to return the turbines to their original destination, Taman, Munich-based spokesman Wolfram Trost said.

Taman, in southern Russia, is not subject to sanctions.

On Wednesday, Yashar Azad, a spokesman for Siemens at its Bavarian headquarters, said the company was still trying to establish all the facts, including the location of the two other turbines and had nothing to add to its previous statements.

Asked if the pieces of equipment at the port were Siemens turbines, a government official in Crimea told Reuters: "Come on, we can't talk about that. You understand: sanctions, Siemens."

"Of course, this whole story is going to come out, but let it come out without us," said this source, who did not want to be identified because of the sensitivity of the issue.

If the equipment seen by Reuters reporters at the quayside in Feodosia are Siemens-made, it would show that Russia is pressing ahead with its plan despite the Siemens lawsuit and a warning this week from the German government that the use of Siemens turbines in Crimea could harm future German investment in Russia.

The turbines affair has shone a harsh spotlight on how serious the European Union, its member states, and European companies are about enforcing the sanctions, imposed on Russia after it annexed Crimea from Ukraine in 2014.

Siemens said on Monday it did everything possible to ensure compliance with sanctions.

Russia needs four turbines in total for new power stations on the Crimean peninsula, which Ukraine cut from its electricity grid after it lost control, according to three people close to the project who spoke to Reuters.

Two of the turbines are for a power plant under construction in the city of Sevastopol, and the other two for a plant being built in Simferopol, they said.

On Tuesday, workers could be seen around the equipment at Feodosia port dressed in blue uniforms. Reuters reporters had observed the same uniforms on workers at Crimea's Simferopol and Sevastopol power stations, where, according to the three sources, Siemens-made turbines are to be installed.

Armed men stood at the entrance to the port and prevented the Reuters reporters from entering.

On Wednesday evening, a large convoy of police cars and jeeps arrived at the port and one of the sets of equipment was then driven out under escort.

Siemens has said the two turbines it has confirmed had been transferred to Crimea had been among four sold to Technopromexport for use in a power plant in Taman. Taman is on the Russian mainland 10 km (8 miles) east of Crimea across the Kerch Strait.

A source close to the Crimea power plants project told Reuters last week, on condition of anonymity, that the plan was to deliver the second set of two turbines produced by Siemens to Feodosia port this month. -Reuters