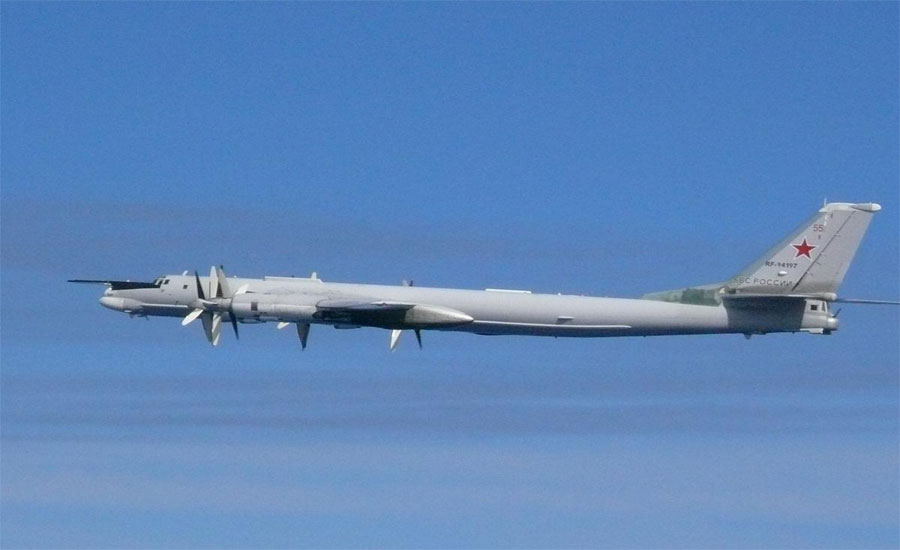 92 NEWS (Web Desk) - Russia says it has carried out its first ever joint air patrol with China, prompting both South Korea and Japan to send jets in response.

The Russian defence ministry says four bombers, supported by fighter jets, patrolled a pre-planned route over the Sea of Japan and the East China Sea. South Korea says its jets fired flares and machine-gun warning shots when Russian planes intruded. Japan has protested both to Russia and South Korea over the incident. The alleged incursion happened over the disputed Dokdo/Takeshima islands, which are occupied by South Korea but also claimed by Japan. South Korea says Russian and Chinese planes entered the Korea Air Defence Identification Zone (KADIZ) on Tuesday morning - and that a separate A-50 Russian warplane twice violated its airspace near the islands. Russia denies the accusation. Russian and Chinese bombers and reconnaissance planes have occasionally entered the zone in recent years, but this is the first incident of its kind between Russia and South Korea.

What does Moscow say?

The defence ministry said two of its Tu-95MS strategic missile-carriers had joined two Chinese Hong-6K strategic bombers on the pre-planned route over "neutral waters". They were supported by fighters and A-50 and Kongjing-2000 airborne early warning and control aircraft. At one point the patrol became a "single airborne formation consisting of a line of pairs of planes flying within 3-4km [around two miles] of each other", Lt-Gen Sergei Kobylash said in a televised statement. While performing their task, he said, they were followed by foreign fighters 11 times. He accused South Korean pilots of performing "dangerous manoeuvres" in the vicinity of disputed islands, "crossing paths with the aviation group and creating danger for the safety of the flight". He said the South Korean jets had fired decoy flares. The patrol, he said, had been more than 25km away from the Dokdo/Takeshima islands, and he accused South Korean pilots of "hooliganism in the air". He said Russia had complained to the South Korean military about its crews' "illegal and dangerous actions". SOURCE: BBC NEWS