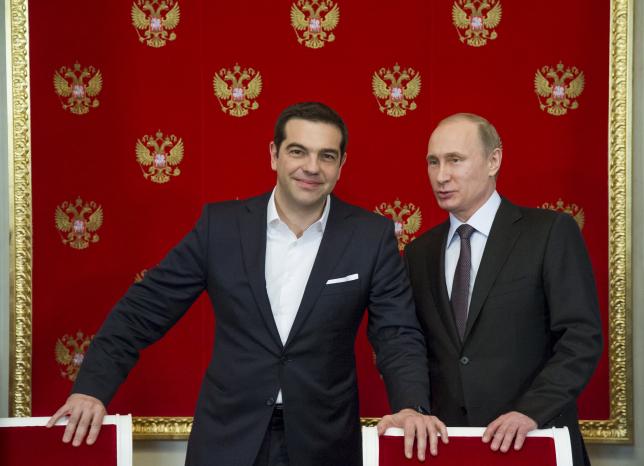 MOSCOW / BERLIN - Russia denied on Saturday a German media report suggesting that it could sign a gas pipeline deal with Greece as early as Tuesday which could bring up to five billion euros into Athens' depleted state coffers. German magazine Der Spiegel, citing a senior figure in Greece's ruling Syriza party, said the advance funds could "turn the page" for Athens, which is now struggling to reach a deal with its creditors to unlock new loans to avert bankruptcy. "No, there wasn't (any agreement)," said Kremlin spokesman Dmitry Peskov, in comments made to Business FM radio and quoted by RIA news agency. Peskov reiterated that the Greeks had not requested financial assistance during talks in the Kremlin earlier this month between Prime Minister Alexis Tsipras and Russian President Vladimir Putin. "Naturally the question of energy cooperation was raised. Naturally ... it was agreed that at the expert level there would be a working-out of all issues connected with cooperation in the energy sphere, but Russia did not promise financial help because no one asked for it," Peskov was quoted as saying. During his visit to Moscow, Tsipras had expressed interest in participating in a pipeline that would bring Russian gas to Europe via Turkey and Greece. Under the proposed deal, Greece would receive advance funds from Russia based on expected future profits linked to the pipeline. The Greek energy minister said last week that Athens would repay Moscow after 2019, when the pipeline is expected to start operating. Greek government officials were not immediately available to comment on the Spiegel report. Speaking in Washington on Saturday, German Finance Minister Wolfgang Schaeuble said he would be happy if the Spiegel report proved correct and Greece received the advance funds, but added: "I do not think that this would solve the problems Greece has in fulfilling the commitments of the memorandum of understanding (with its European partners)." The new government in Greece has been talking with its euro zone partners for months to try to secure aid and avert a default which could push the country out of the single currency bloc. But progress has been slow and Athens has been exploring other sources of funding. - REUTERS