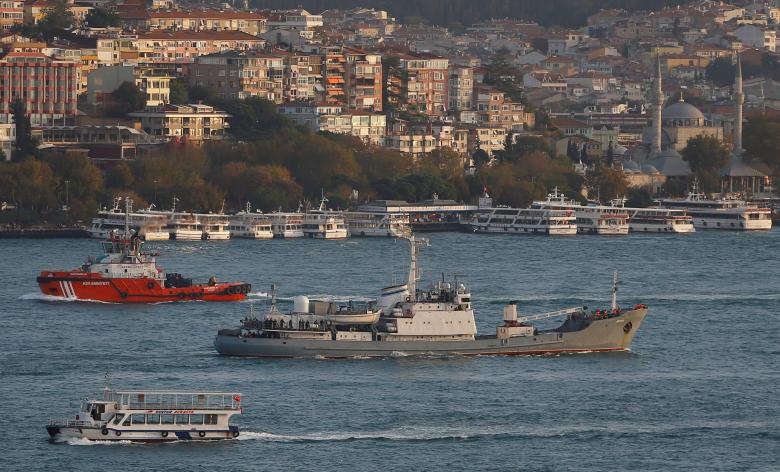 MOSCOW - The Russian Foreign Ministry dismissed suggestions from NATO that a Russian battle group in the Mediterranean would join the bombardment of Syria's Aleppo as absurd, the RIA news agency reported on Thursday. RIA cited the ministry as saying NATO had no reason to worry about the battle group and that the Russian air force had not flown any bombing runs in Aleppo for nine days. NATO Secretary-General Jens Stoltenberg warned on Tuesday that the ships, headed for Syria, could be used to target civilians in the besieged city of Aleppo and to launch more air strikes. Andrei Kelin, a senior Russian Foreign Ministry official, told RIA Stoltenberg's statement was unhelpful. "The concerns are not based on anything as our planes have not come near Aleppo for nine days. Our battle group is in the Mediterranean. Our ships have always had a presence there," said Kelin. "Why make some spurious suggestions and then make some political recommendations based on them? It is of course absurd." The Syrian Observatory for Human Rights has questioned Russia's statements about a moratorium on bombing Aleppo, saying the city has been hit by strikes since a lull in fighting ended on Saturday.