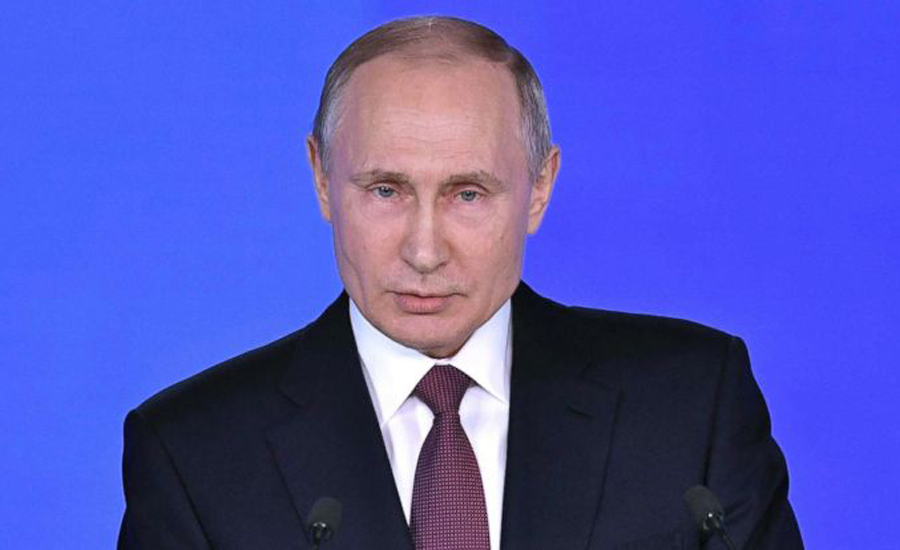 Russia has called for urgent UN Security Council talks on the spiralling diplomatic crisis sparked by the spy poisoning scandal as a group of expelled US diplomats left their embassy in Moscow early Thursday.

Britain blames Russia for the March 4 poisoning on UK soil of former double agent Sergei Skripal with what it says was a military-grade nerve agent developed by the Soviet Union, sending relations between Moscow and the West plummeting to new lows.

More than 150 Russian diplomats were ordered out of the US, EU members, NATO countries and other nations in the wake of the attack, a move that was met in kind by Moscow.

Early Thursday morning the first of some 60 US diplomats ordered out of Russia left their embassy compound in Moscow on their way to the airport.

The departure came a day after Russia found itself diplomatically isolated when it lost its bid at the global chemical weapons watchdog to launch a joint probe with Britain into the poisoning.

Moscow had convened a meeting of the Organisation for the Prohibition of Chemical Weapons (OPCW) on Wednesday.

But Russia's ambassador to the watchdog said Moscow was unable to get the required two-thirds of votes from members to approve a joint investigation.

Diplomatic sources told AFP that six countries voted in favour of the Russian draft motion but 15 were against while 17 abstained, mainly countries from the Non-Aligned Movement(NAM).

After the failure Moscow called for a UN Security Council (UNSC) meeting on Thursday at 1900 GMT in New York.

Its ambassador to the UNSC, Vassily Nebenzia, said the meeting would focus on a letter sent by British Prime Minister Theresa May accusing Moscow of carrying out the attempted assassination.

Wednesday's bid to secure a joint probe saw a day of bitter rhetoric between Moscow and Britain and its western allies.

"We will not agree to Russia's demand to conduct a joint investigation into the attack in Salisbury because the UK –- supported by many other countries -– has assessed that it is highly likely that the Russian state is responsible for this attack," British chemical arms expert John Foggo told the OPCW's governing executive council.

"The purpose of Russia's ludicrous proposal at The Hague was clear –- to undermine the independent, impartial work of the international chemical weapons watchdog," he said, adding Moscow's main goal was "to obscure the truth and confuse the public."

Bulgaria's ambassador, speaking on behalf of the European Union, said the EU had "full confidence in the UK investigation".

Ambassador Krassimir Kostov said the EU agreed with the British "assessment that it is highly likely that the Russian Federation is responsible and that there is no plausible alternative explanation."

Russian foreign intelligence chief Sergei Naryshkin warned Wednesday in a speech in Moscow that both sides must avoid tensions escalating to the dangerous levels of the Cold War.

Accusations of Moscow engineering the attack were a "grotesque provocation ... crudely concocted by the British and American security services," he said.

OPCW experts have already taken on-site samples which are being analysed in The Hague, as well as in four other certified laboratories. The head of the OPCW, Ahmet Uzumcu, said he expected the results "by early next week".

British expert Foggo told the OPCW meeting that Russia was dodging all of London's questions, and had made a series of "shameless, preposterous" statements.

"Russia's refusal to accept the results of the OPCW's investigation unless Russian experts participate in it suggests that Russia is .... nervous about what the results will show," he said.

But in a move hailed as a vindication by Moscow, the British defence laboratory at Porton Down analysing the nerve agent revealed Tuesday that it could not say whether the substance came from Russia.

Refusing to be drawn on whether Russia would accept the OPCW experts results, Shulgin added that any investigation must be based on "100 percent solid facts" and "published publicly."

Russia has accused the West of wanting to put up a new Iron Curtain and warned of a return to the mutual isolation of the Cold War.

"It has reached such proportions and developed such ludicrous characteristics, that it's time to talk about the return of the grim times of the Cold War."